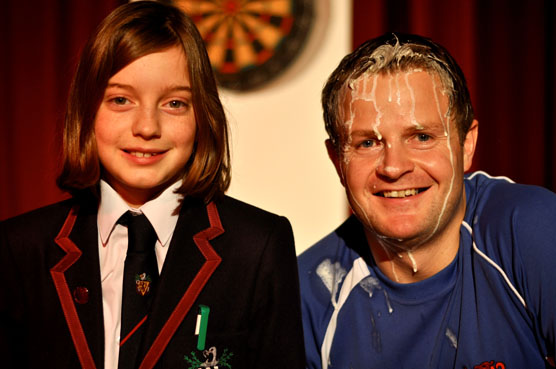 The Wallace High School Charity Committee, with Biology teacher Matthew Glenn at the helm, enjoyed a busy and successful term before Christmas raising a magnificent £6272.23 for various causes.

Alongside the usual weekly collections for local and national charities there have been several big events, with £1479.41 raised for Children in Need as teachers and pupils took part in Ant and Dec’s “Red or Black” in the Assembly Hall in November, whilst Physical Education teacher Gareth Kidd took part in “Movember”, growing a moustache and sending a cheque for £338.93 to the Prostate Cancer Charity. 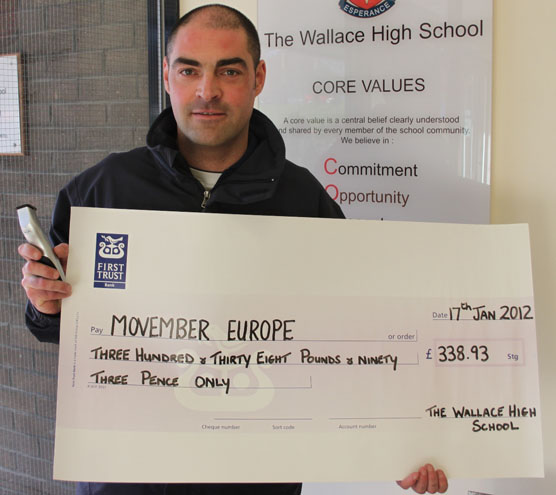 The Year 14 pupils put on their traditional Christmas Pie show just before Christmas with pupils taking part in various sketches, as well as show casing their singing and dancing skills. Expertly hosted by Boyd Rodgers and Callum Scott and superbly written by Andrew McIntyre,
the show also featured some brilliant video footage taken by the talented Matthew Gamble.

As always, Christmas Pie not only provided great entertainment for teachers and pupils alike, but also raised over £2000 for worthy causes which was split between The Children’s Trust Tadsworth, Friends of the Cancer centre and Homeplus NI. 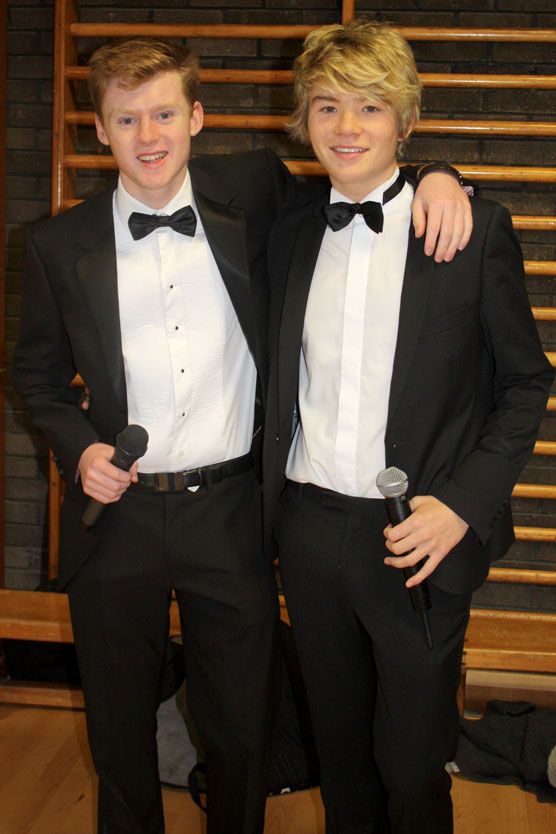 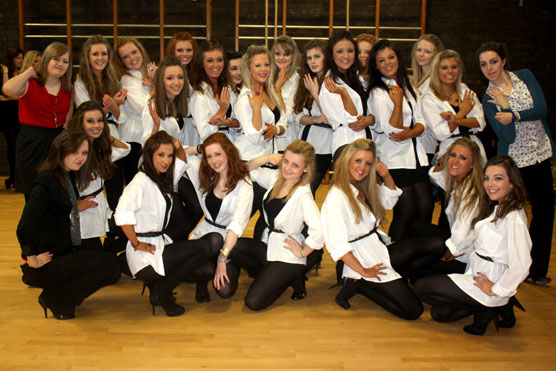 Commenting on the term, Matthew Glenn said: “It always amazes me how generous our pupils and staff are with their support of the weekly collections and also the events. The Children in Need Day and Christmas Pie were great fun for everyone involved and the money
donated to all the charities has been gratefully received.”

Mrs Deborah O’Hare, Principal, was delighted by the immense generosity of spirit exemplified by the students and staff of Wallace. She commented “One of the core values of Wallace is that of respect. Our young people give generously to their chosen charities; this is very much a decision taken by the student led Charity Committee. The rich variety of fun activities dispersed through the school calendar allows us to help those less fortunate than ourselves. It was a pleasure to
welcome back so many former students to join in with the Christmas Pie celebrations at the end of term.”