The Wallace High School raised a tremendous £1479.41 for Children in Need as teachers and pupils took part in Ant and Dec’s “Red or Black” in the Assembly Hall last Friday. 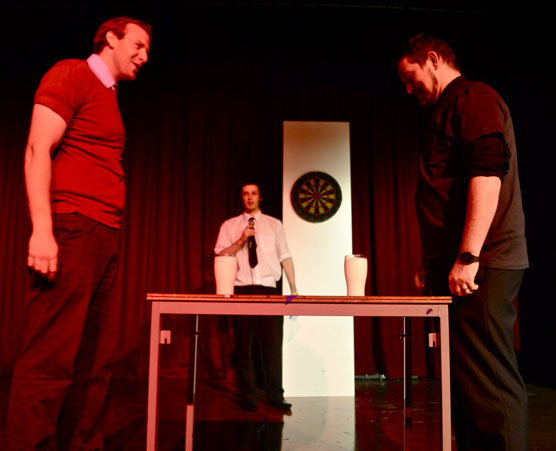 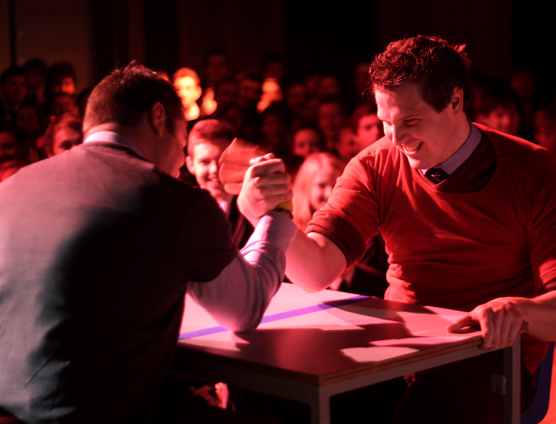 Expertly hosted by Sixth formers Nicholas Wilson and Joanna Hinds, various teaching staff took part in arm wrestles, darts matches, tug of war and milk racing in front of a loud and enthusiastic crowd. Year 8 pupil Orla Maitland was the last pupil standing as she successfully chose red or black for each event. 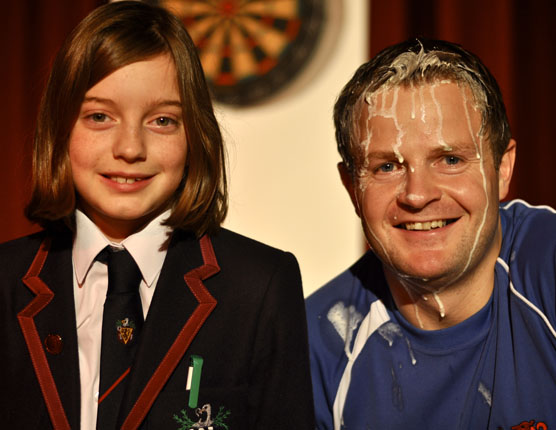 Matthew Glenn, Teacher in charge of Charity in the school got into the spirit and took a custard pie in the face as part of this particular version of the game show. He was understandably delighted with the total raised and commented: “We always host a major event for Children in Need and this one was as always enjoyed by pupils and staff alike. It’s a great cause and one which we will continue to support.”