The Wallace High School girls’ hockey 1st XI squad have received a generous sponsorship deal from HeartSine this season. HeartSine was founded in 1998 to continue innovative development of advanced lifesaving products for the treatment of sudden cardiac arrest. By providing technologically advanced, easy to use, affordable AEDs for public access and home markets, HeartSine continues to provide medical devices that saves lives. HeartSine AED products are currently available in over 30 languages and are now poised to save lives in more than 70 countries. The team were presented with new shirts by Rebecca Woods, Sales and Marketing Assistant at HeartSine, in time to start their Schools Cup campaign. 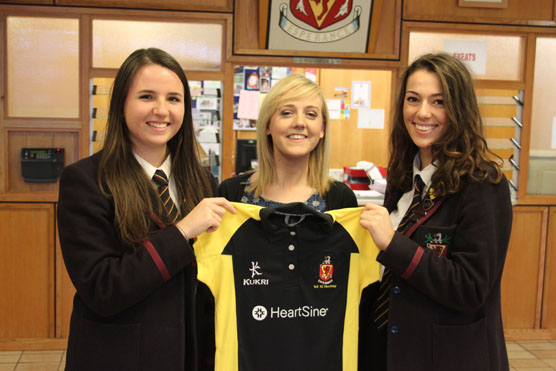 Captain Masha Morwood and vice captain Laura Barnes are the only Year 14 players in a young Wallace squad but with three Ulster representative players- Jane Kilpatrick Ulster under 18 who helped Ulster secure inter- provincial victory in October and has been selected for the Irish under 18 training panel, Rachel Houston Year 11 and Year 12 Anouk Morwood who represented the Ulster under 16 at the recent inter – provincials, they will be expecting to do well on Saturday. Rachel has also been selected for the Irish under 16 training panel. The team has prepared well for their forthcoming cup match securing victories over Dublin school Wesley College 5-1 and defeating local rivals Friends School 3-1 on Saturday. Coach Maggie Hunter thinks they are a talented young squad who are exciting to watch as they play a very attacking style of hockey which ensures plenty of goalmouth action. 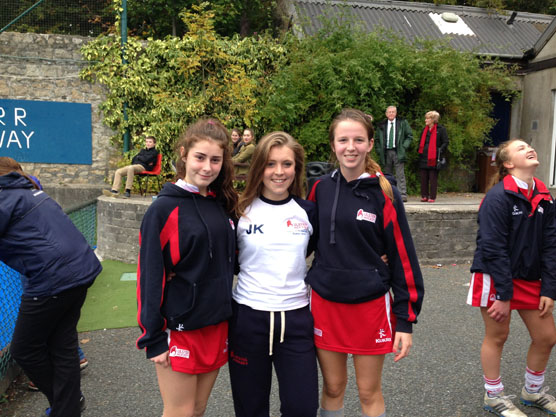 The girls have also been busy off the pitch fundraising for an European tour next year. They combined with Menarys department store to put on a very successful fashion show in early October. Several members of the boys 1st XI were brave enough to accompany the girls and even managed to dance their way down the catwalk. Also some members of staff and their children proved to be expert models.

Other cup teams are enjoying success. The 4thX1 have progressed to the knock out stages of the Gibson Cup. They defeated Sullivan 2-1, Slemish College 4-0 and drew with Ballyclare 0-0 in the league stages. The 2nd XI defeated Sullivan on strokes to reach 3rd round of McDowell Cup. Captain Anna Curragh converted the final stroke to secure victory. The under 14 XI defeated Bloomfield 2-1 to reach the quarterfinals of the Junior Schools Cup. Goal scorers were Beth Campbell and Holly McClure. The next round of these competitions will be played in the new year.