Principal Deborah O’Hare gave a detailed account of the curricular and extra curricular achievements of pupils in the junior school and spoke about the many opportunities available to pupils within the school. Drawing parallels with successful athletes at the London 2012 Olympic and Paralympic Games she also used the occasion to re emphasise the CORE values of Wallace, namely, Commitment, Opportunity, Respect and Excellence.

Distinguished local artist Ross Wilson, whose most recent sculpture was presented in Belfast in March 2012, a depiction of shipyard workers walking home from Harland and Wolff, was the guest speaker and also presented awards to prize winners.

Having previously spoken at Harvard and Oxford Universities, he captivated the large audience of pupils and parents with an address which emphasised the importance of support from family and friends and also how creativity needs to be embraced in the modern world. 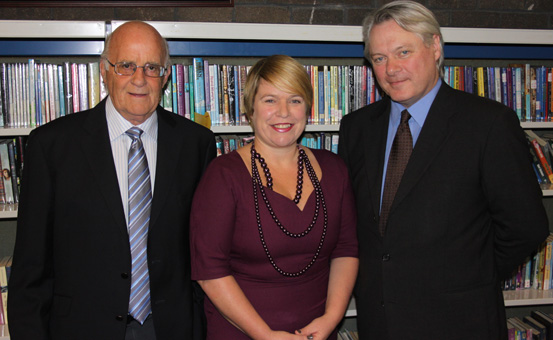 As always, the main purpose of this evening was the presentation of prizes and awards to pupils for consistent effort, significant improvement and individual subject prize awards in Years 8, 9 and 10. Awards were also given for Outstanding Academic Achievement with Peter Scott (Year 8), Emily Cairns (Year 9) and Rachel O’Connor (Year 10) the recipients. Rachel won the Alastair McWilliams Cup which was presented by the McWilliams family in memory of their son who died tragically in 1994 whilst still a pupil in Wallace. 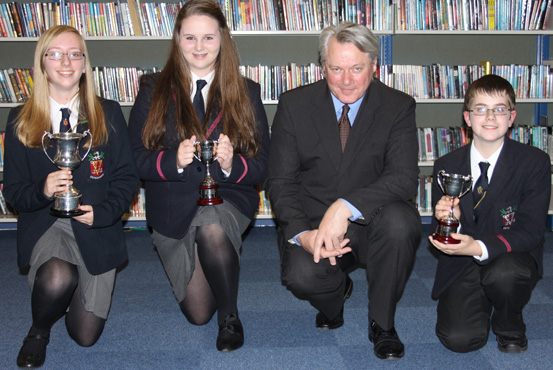 The Cairns Cup was also presented for the first time by Norma Cairns, former Head Girl and recently retired after many distinguished years in the Wallace Mathematics Department. Rebecca Lynn and Sara Menown were the inaugural winners of this cup. 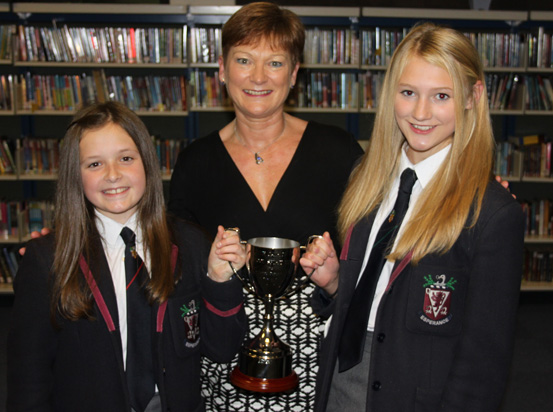 Mr Jonny Reid, who organised the evening paid tribute to the PTA who sponsored the prizes: “Without the support of the PTA this event would not be possible. Their financial generosity and support means that we can celebrate and reward the many achievements of our junior school
pupils.”

Musical entertainment was provided by the Cantabile Choir, soloist Anna Farrelly who sung “On My Own” beautifully and Dominic Yu who played “In un’altra vita” on piano whilst a photographic montage played in the background. This most enjoyable evening concluded with parents and pupils relaxing with coffee and juice.

Mrs O’Hare was understandably proud of the evening and concluded by saying: “Junior Prize Evening was a most enjoyable event with a family atmosphere. Proud parents watched as their hardworking children were commended for a variety of academic achievements. Our guest speaker, the celebrated artist, Ross Wilson, reminded us of the importance of family in the development of our young people. “