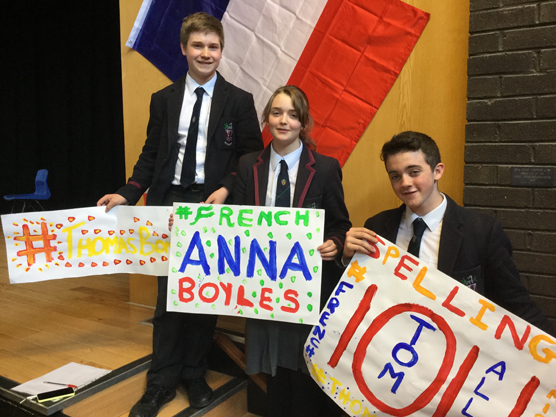 The Wallace High School hosted its first ever “Spelling Bee” competition on Thursday 12th May . Year 10 students had been preparing for several weeks, participating in a weekly test in class in order to ascertain who would represent their class in the Grand Final. Twelve finalists went through, a boy and a girl from each of the six classes, all sure of the support of their classmates, through the many and varied posters and banners.

Whilst some of those who had reached the final felt understandably nervous, the warm reception and jovial atmosphere in the Assembly Hall quickly allayed their fears. Anna Boyles and Thomas Allen represented 10U, 10V participants were Jasmine Cairns and Andrew Dorman and from 10W Luke Holden and Rebecca Lamont. Representing 10X were Holly Mackin and Bailey Mallon, Holly Parkinson and Ben Parker from 10Y and from 10Z Anna Trimble and William Thompson.

With words to be spelt taken from a list containing 120 key words and verbs, nerves of steel coupled with a thorough knowledge of the material were vital for survival. Early rounds saw teams taking turns to spell alternate words, then came the alternate letters, making the possibility of a slip-up more likely. With the introduction of time limits in the semi-final and final rounds, the pressure was truly on.

The semi-final saw William, Luke and Holly battle it out to earn their own place in the final and their ability and talent was such that tie-breaker words from an external list had to be called on. In the end, a fitting mixed- gender final saw Holly and Luke battle it out to be crowned winner. With Luke being ‘pipped at the post’ by Holly, a cheer erupted from the 10X supporters. After prizes were distributed, one finalist was heard saying “I was really nervous, but it wasn’t that bad at all!” A highly successful event, it was also undoubtedly character-building for all who participated. Thank you to all those who took part and congratulations to Holly Mackin, 2016 winner. The plan is now to make this fun competition an annual event so current Year 9 pupils can start preparing for next years edition. 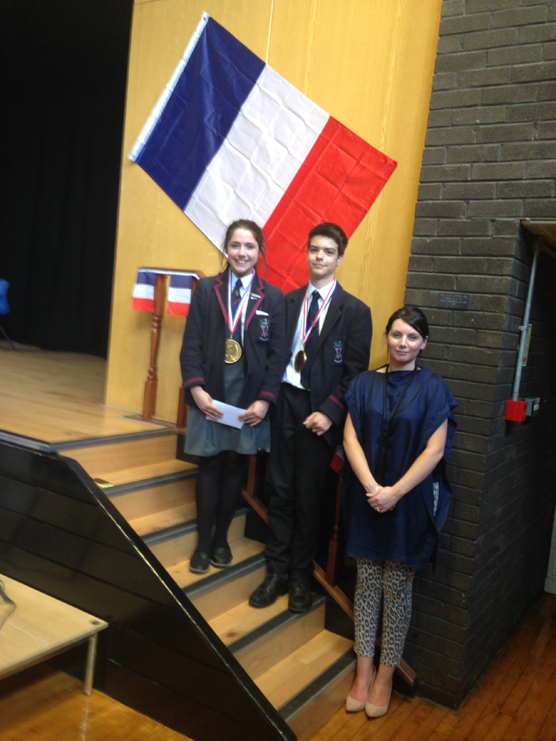 Thanks also to organiser, Mrs Allen, and the two judges, Head Of Department, Miss Millar, who ably assisted by Mrs Cherry, as well as all the Languages Department staff who helped in the lead up to the competition and on the day itself.