Masha, a Year 10 pupil at The Wallace High School, achieved an excellent A grade in her GCSE Dutch, an examination which she sat last summer.

She follows in the footsteps of Katie who achieved an A* in her Spanish GCSE which she sat whilst a Year 8 pupil. Head of the Modern Languages Department Alex Millar is understandably proud of Masha and commented “This is the first time we have had a pupil entered for GCSE Dutch and Masha worked hard for the exam and deserved to do well.” 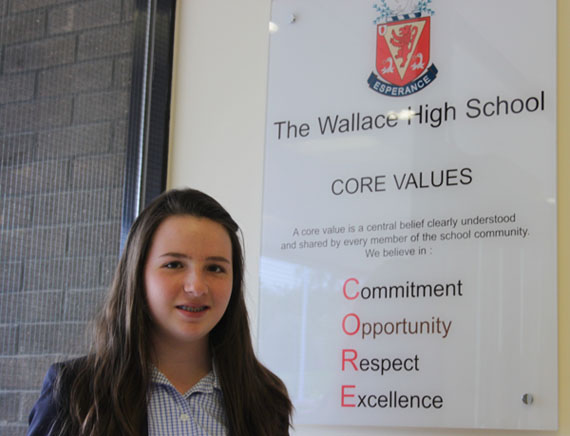 A group of 19 Sixth Form pupils also received certificates for achieving either a Distinction or Merit in their Japanese Studies Short Course which they undertook in the last academic year.

They gained their certificates from the Northern Ireland Schools’ Japanese Project and were led throughout by Sumi Ito and Wallace teacher Marie Cherry. The course involved studying Japanese culture, language, writing and also learning about the country itself.