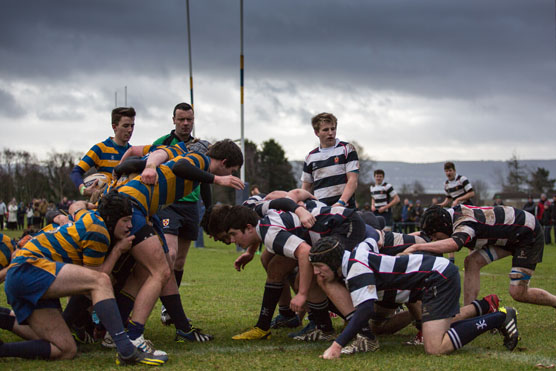 The Wallace High School 1stXV overcame a talented Belfast HS side in the 3rd Round of The Danske Bank Schools’ Cup last Saturday morning by 20 13.

Conditions at Belfast HS were very windy and at times wet but both teams tried to play relatively expansive game plans. Belfast HS played with the wind in the first half and went 3-0 up after Wallace were penalised at the breakdown. Straight away from the kick off Wallace scrum half Jonny Stewart scampered away for the opening score following a charge down kick.

Wallace enjoyed the lions share of possession as the forward pack generated quick ruck ball which the backs used and it was not long before Philip Hylands and Jacob Stockdale punched holes in the Belfast HS back line. Twice within a five minute period Wallace came up just short of the try line as Belfast HS fought to keep their line intact. A further penalty put Belfast HS into the lead and following a poor line out by Wallace they added a try on the stroke of half time as the Wallace defence fell off tackles. This left the half time score 13-5 to Belfast High School.

The initial ten minutes of the second half were evenly contested before Wallace started to make their presence felt up front with Callum Irvine, Ben Pentland and Josh Collingwood to the fore. Indeed it was Collingwood who opened the scoring in the second half as he powered through the defence to score in the corner. Jacob Stockdale added a further try shortly after which Ryan Moore converted. Moore added a long range penalty to put Wallace into a 20-13 lead.

In the final five minutes of normal time Belfast HS tried in vain to get over the Wallace try line but some excellent defence kept them at bay. This match was an excellent advert for schoolboy rugby, played in a good spirit and both teams should take much credit for their performances. 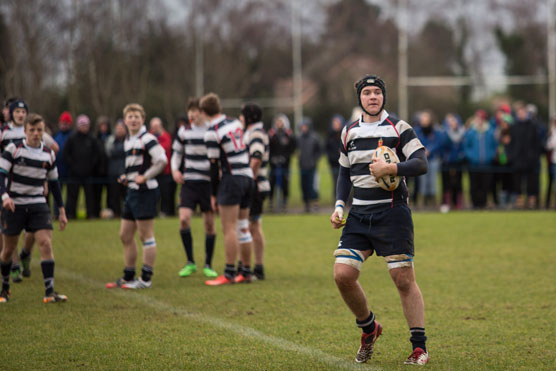 Wallace now proceed to the quarter final stage on Saturday 22nd February when they travel to Campbell College KO 11.00am.

On Tuesday 4th February Wallace Medallion entertained Banbridge Academy in the 4th Round of The Medallion Shield. Wallace began the game with intensity through fast ruck and getting over the gain line. After only a couple of minutes Ben Parker opened the scoring and Matthew Pentland kicked the conversion from the touch line. After some forceful forward play, Matthew Miller charged over for Wallace’s second try, yet again converted by Matthew Pentland. Wallace started to show their dominance in the back line as they used the quality possession gained from the forward pack. Gary Dillon showed some excellent
handling skills to put Jamie Manderson in the corner for Wallace’s third try.
Banbridge then came into the game through their forwards and this forced Wallace to defend their line. However, Wallace defended resolutely and the half time score remained 19-0. 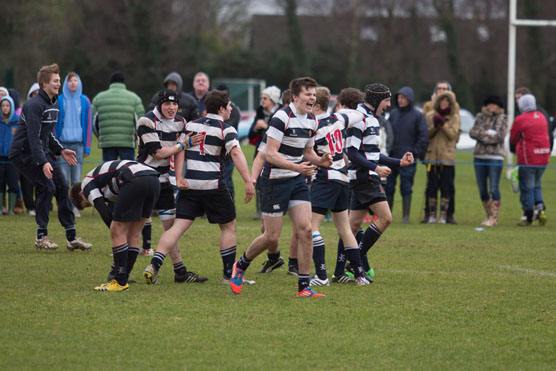 The second half started with a Banbridge kickoff and thereafter both teams used their forwards extensively to make ground. At this stage the game was evenly contested. However the Wallace backs got the opportunity to spread the ball out wide and Stephen Courtney finished in the corner.

The match ended 24-0 to Wallace allowing them to progress to the quarter finals of the competition where they will face Sullivan Upper this Saturday 15th February at 10.30am in Holywood.