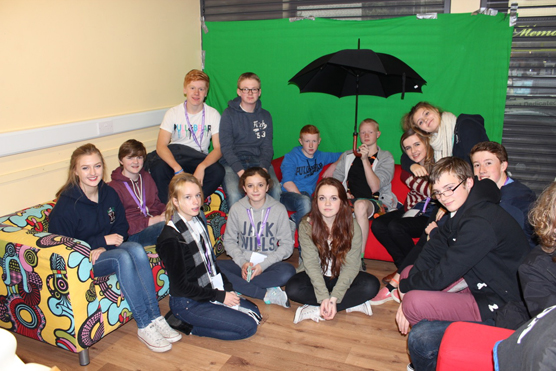 Pupils in Year 11 at The Wallace High School have recently been heavily involved in the Entwined Histories Project which is now in its fourth instalment.

The project, run in collaboration with Co operation Ireland, involves six schools, five from Northern Ireland and a school from Dublin. This project has been run to investigate and have a shared cross community understanding of a decade of centenary celebrations beginning with the signing of the Ulster Covenant and will end with the establishment of Northern Ireland.

Using the backdrop of WW1 the 2014 programme has focused on the recruitment of young men from across Ireland in 1914. The project has examined their motivations and reasons for enlisting, as well as an in depth exploration of the role of propaganda, both in Ireland and abroad. The process of interactive learning and discovery has helped participants see that historical narratives are neither fixed nor single but diverse and open to influence and change.

Over six weeks, the young people have been involved in a series of educational workshops, field trips and a very busy residential. Carlingford was the venue for the residential where the young people worked in four mixed groups. The aim was to facilitate the groups to present their learning and understanding of the issues explored throughout the project through the use of multimedia. The groups all participated in film, audio, design and drama workshops . They each created a small movie in conjunction with the Neve Centre using the latest in movie making software and hardware. For the audio project each group wrote and produced a radio podcast for propaganda purposes during WW1. The design workshop involved the production of propaganda and recruitment posters. Finally, they wrote and planned a small drama which was to be acted out on the final showcase evening. 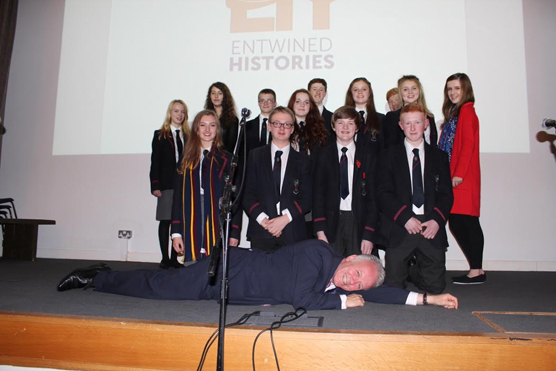 The students then presented all their final pieces of work to their friends and families at a showcase at the Ulster Museum, which was compared by Noel Thompson. This was then followed by a well deserved buffet. Head of History at the Lisburn school, Mr Neil Armstrong, is one of the teachers involved in the project and commented: “This is a fascinating and engaging project which, in collaboration between the History and Moving Image Arts departments pushes the students in learning new skills and engaging with students across the island of Ireland into looking at challenging issues within the shared history of the island.”