A group from Wallace High School recently visited the beautiful city of Rome on a pre – half term trip to one of Europe’s top destinations.

It was an early start to the Rome 2015 trip as the group met at Wallace at 2am. Despite starting our adventure with a lack of sleep we had a great first day vising the catacombs of St Sebastian. There are many catacombs spread over Rome which are underground burial plots, where many Christians were buried during the Roman Empire. For some students they had to push past feelings of claustrophobia to enjoy the explanation of this piece of history and the symbols explained to them below the ground. After a night walk and dinner at the wonderful restaurant Gusto the group had an early night to recover from travelling. 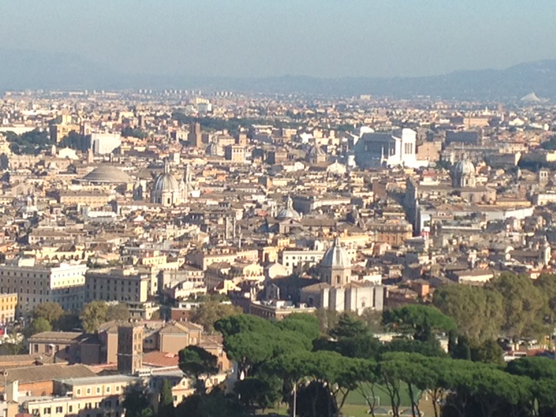 Day two had a feast of sites to explore which included a morning tour of the Colosseum, Roman Forum and Paletine Hill. For this part the group met a local tour guide called Paulo who explained the history of these marvellous sites. The group were in awe particularly of the Colosseum as they learned of its past uses and also how it has survived through the centuries. After touring the remains of the Temples and exploring what was the hub or centre of Roman life in the Forum the group enjoyed sightseeing the ancient palaces and gardens of the Paletine Hill. After three hours of discussing the history of these locations the students were able to enjoy lunch by the Trevi Fountain. Unfortunately this amazing fountain is still undergoing renovation but it is still an impressive site, enjoyed more with the fantastic pizza and gelato consumed beside it. After lunch we explored Piazza del Popolo and at this point the hard core shoppers were indulged with a couple of hours shopping before relaxing in a garden overlook of Rome. The walking wasn’t finished there as before evening dinner we continued to sight-see the Pantheon and Piazza Navona. The Pantheon is a fully intact Roman Temple that was later converted into a Church. The students were impressed by its original structure before our final item on the itinerary for the day being Piazza Navona, a square with impressive fountains and restaurants. Miss Pascoe’s apple watch was able to trace our steps and a good fifteen mile walk on the second day was enjoyed by all. 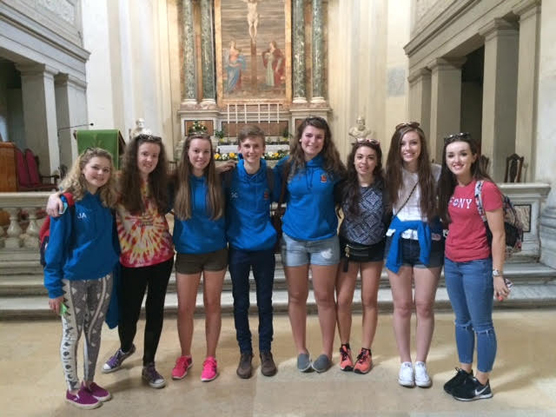 On the third day of our trip we again got our walking shoes on to explore the Vatican and Sistine Chapel. The group enjoyed lunch before entering the Vatican museums where the breath-taking art is never ending before finally arriving at the Sistine Chapel. Some of the group were keen for more exercise and sightseeing and climbed the dome of St Peter’s basilica for a great view of the city. As our evening meal was in the classy Hard Rock Café we ventured back to the hotel to get ready. On this occasion we rested our feet with a couple of trips on the metro.

Our final day was a fantastic end to the trip. Again we walked out to the Vatican and enjoyed the music from the Vatican speakers as the Pope led a mass inside the Vatican. Many students were surprised to see Pope Francis in the flesh as he addressed the crowd from his apartment building. With four packed days of sightseeing it was finally time to get transferred back to Wallace. 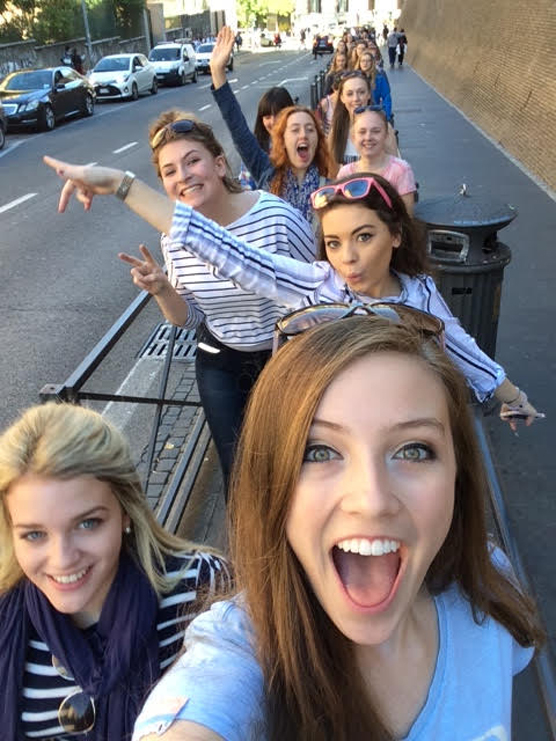 The group would like to thank Wallace High School for providing this opportunity and also the parents of our students for their fantastic support throughout the planning of this trip. The students were a pleasure to have on tour and represented our school fantastically. My personal thanks also go to Miss Pascoe, Mrs Hawthorne and Mrs Richardson for their support before and during.