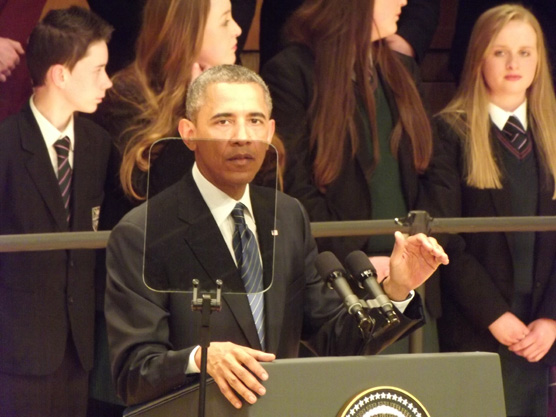 Eight pupils from The Wallace High School received the exciting news on Friday 14th June that they had been selected to be present at President Barack Obama’s address at Belfast’s Waterfront Hall on Monday 17th June.

The pupils, two each from year 8-11 are all members of the Executive Committee of the school’s Student Council and were asked to attend the event following the receipt of an invitation from the U.S. Consulate’s office in Belfast. 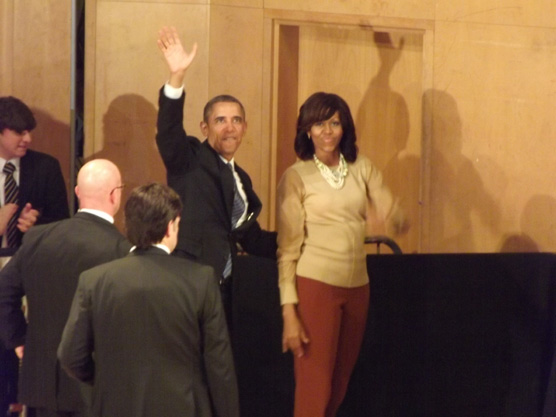 Following some hasty organisation and a weekend filled with eager anticipation, the pupils, accompanied by Heads of Year Mr Ian Latham and Mr Michael Lowry, travelled to the venue on Monday morning to hear what was billed as an inspiring address, specifically aimed at the next generation of leaders in Northern Ireland. The pupils were among a crowd of approximately 2000 people, two thirds of whom were pupils who had been invited from schools across Northern Ireland.

After a short wait, the pupils heard First Lady, Michelle Obama, encourage them to follow their dreams in order to achieve their full potential. The First Lady then introduced her husband, President Barack Obama. After his speech, in which he commended young people and others for the part they have played in creating the Northern Ireland that exists today and encouraged the next generation of community and political leaders, the pupils left the auditorium with a renewed sense of vigour and awareness of the part that they can play in shaping the future. In this respect, the pupils believed that the speech that hey had been privileged to witness, lived up to its inspirational billing. 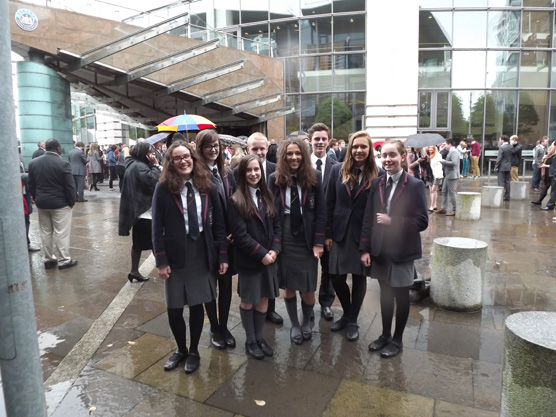 Year 11 pupil Katie Johnston was thrilled to be present and commented: “I couldn’t believe that I had been invited to such a massive event and was really looking forward to it over the weekend. To be a small part of this historic occasion was brilliant and to hear the Obamas speaking was inspirational. The other pupils felt the same and thoroughly enjoyed being there.”