Wallace went into the tournament unbeaten this season but knew that they faced a tough task to get out of their group against local rivals Cookstown High School, Munster champions Villiers and Mount Temple School, Dublin. A nervy win in their first game against Cookstown (Mark Acheson, Ryan Getty and Jack Wilson the scorers) was followed up by a more comfortable victory on the Thursday morning against Villiers Park with Sean Murray and Daniel Nelson on target for the Lisburn school. 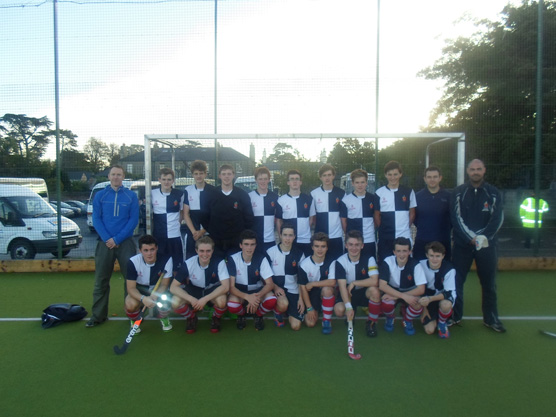 This meant that the squad only needed a draw in their final group game against Mount Temple and with the score sitting 1 – 1 at half time, a place in the prestigious semi final was still very much up for grabs. Fraser Rodgers made an outstanding save to keep the score level before fifteen minutes of excellent attacking hockey resulted in a resounding 6 – 1 win for the Wallace team. For the record the goal scorers in this game were William Carey, Mark Acheson (2), Ross Kelly (2) and Jacob Hermon.

The traditional tournament dinner was held in the Stillorgan Park Hotel with all sixteen squads enjoying an excellent night which, as ever, culminated in the semi final draw which pitted Wallace against hosts St Andrew’s College.

An early semi final start time did not deter a large crowd of parents and supporters from making the journey from Lisburn, whilst the girls’ 1st XI were also there to cheer on the boys as they embarked on a mini tour of Dublin themselves. With the pitch on the school site at St Andrew’s, it seemed that most of the crowd were supporting the home side but it helped create a wonderful atmosphere which the Wallace team thrived on. 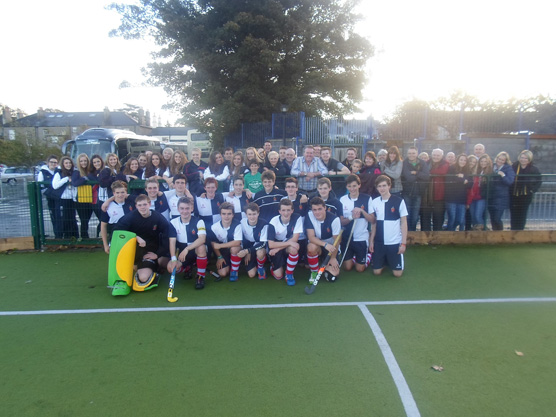 Mark Acheson, who had a tremendous tournament, had a goal disallowed early in the first half, and alongside Daniel Nelson and Jack Wilson was a constant threat. Fraser Rodgers also continued with his excellent form in goals and it took a special goal  from St Andrew’s to beat him leaving the half time score 1 – 0 to the hosts. Into the second half and Wallace played some of their best hockey of the season. Daniel Nelson hit the post whilst other chances went just wide or were saved by a very good St Andrew’s keeper. Andrew’s then scored to make it 2 – 0 before Ross Kelly scored with a superb penalty corner into the bottom corner. This left four minutes for the Lisburn school to find an equaliser but despite a valiant attempt they couldn’t quite manage it.

Overall, this was an excellent effort from what is essentially still a young side containing five Year 11 pupils. The tournament will hopefully stand the players in good stead as they continue their McCullough Cup campaign this Saturday away to Cookstown High School. 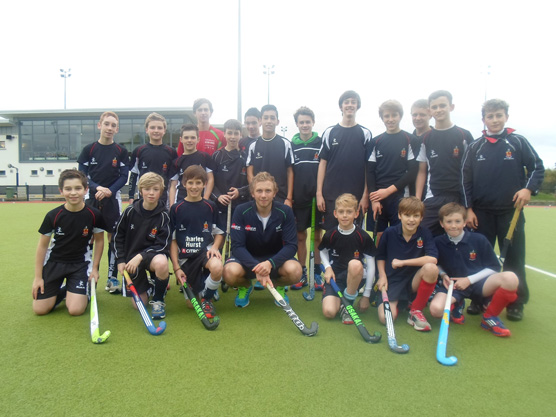 The Year 8, 9 and 10 teams also played against Wesley College before spectating in the first game of the tournament against Cookstown and enjoyed a great day, whilst a squad of talented juniors were also coached on the first Saturday of half term by past Wallace pupils and Irish international players Raymond Geddis, Timmy Cockram and Daniel Buser. Raymond worked with four goal keepers, whilst Timmy worked with three drag flickers trying to perfect technique. Daniel worked with the other players on dribbling skills and reverse stick shooting. All involved with hockey at Wallace wish to thank Raymond, Timmy and Daniel for giving up their time to coach our pupils.