The Wallace High School boys’ hockey 1st XI retained the Burney Cup in stunning fashion at Lisnagarvey HC on the Wednesday before the Easter break, defeating Banbridge Academy 3 – 2 with the winning goal coming 15 seconds from the end.

This was the final that all neutrals wanted to see as the two dominant sides in schools hockey faced up to each other for the third time this season. Wallace had defeated Banbridge in the Irish Schools’ semi final in Cork (October 2014) whilst the Academy gained revenge by winning the McCullough Cup final in December. 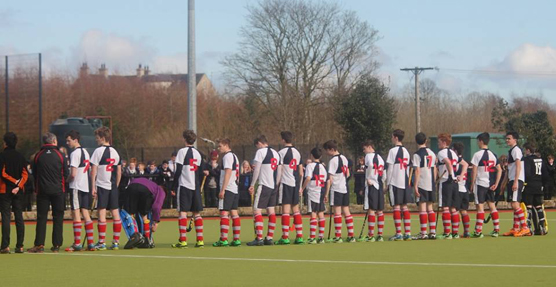 The game could hardly have started worse for the Lisburn school as they conceded an early penalty corner which was well converted by Jake Rowe with a powerful drag flick. This seemed to stun the Wallace players who responded well to this early setback. Captain Sean Murray saw a drag flick superbly saved by the Banbridge keeper before Ryan Getty pounced on another penalty corner saved to dispatch the ball high into the goal for a well deserved equaliser.

Wallace continued to press and took the lead when Andrew O’Hare expertly controlled and then finished a Craig Getty cross from the right hand side. However, the lead was short lived as Banbridge skipper Jonny McKee scored with another well taken drag flick. Again the Wallace players responded well and Jacob Hermon was unlucky to see a very well struck reverse stick shot go agonisingly over the bar. This ended a first half which had been high on skill from both teams but which Wallace had dominated in terms of possession and territory. 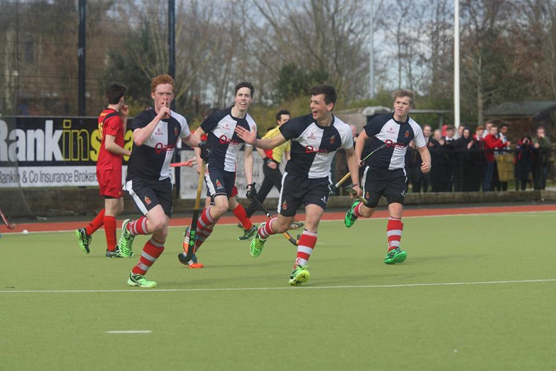 Into the second half and Murray, who was having a superb game in centre midfield, had a great chance to score early but again the Banbridge keeper pulled off an amazing save. He also thwarted Matthew Nelson, David Arneill and Andrew O’Hare throughout the second half, whilst Wallace goalkeeper Jordan McCartney made the save of the game with 15 minutes left, diving high to his left to pluck the ball out of the top corner.

It seemed that the game was headed for extra time when Wallace won the ball on the halfway line. Sean Murray passed early to Matthew Nelson who skilfully beat five players down the left hand side before slipping the ball to a diving Ryan Getty who deflected the ball into the net. Players, coaching staff and the excellent Wallace supporters knew that there was no time for a Banbridge comeback and celebrated accordingly. The ensuing final whistle saw an outpouring of emotion as man of the match Ryan Getty was swamped by his fellow players. 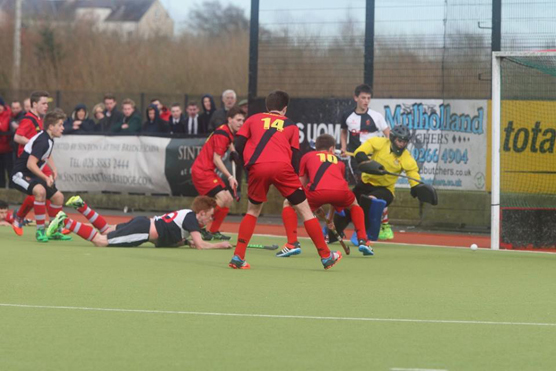 This was a terrific advertisement for schoolboys hockey in Ulster with high levels of skill and passion on display from both sides in front of an enthusiastic four figure crowd. For the six Year 14 players in the squad: captain Sean Murray, vice captain Mark McNellis (who had a commanding game at centre back), the ever reliable Thomas McRoberts, man of the match Ryan Getty, goalkeeper Jordan McCartney and Richard McCracken, this was a fitting way for them to end their competitive schools career. Ten other players will now go forward to senior hockey next year aiming to become one of the few schools to win the prestigious Burney Cup three years in a row. 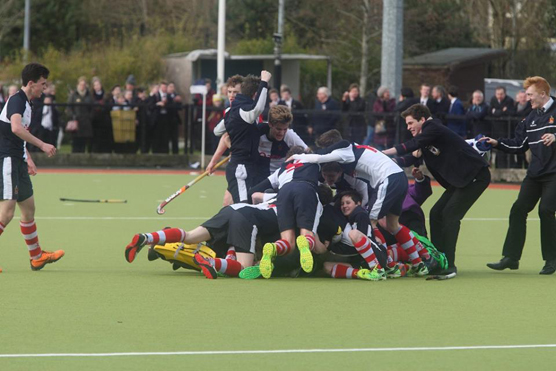