We came, we saw, we conquered! Wallace scale new heights!

Three staff members and ten pupils from the school’s charity committee needed nerves of steel over the Easter holidays when they completed a charity abseil of a very familiar Belfast landmark, the Europa Hotel. 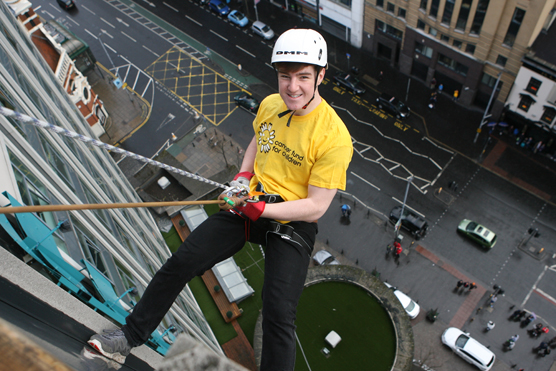 Staff and pupils braced themselves at the top of the Europa as they prepared to take the plunge in a fundraising drive for Cancer Fund for Children. The group had travelled by lift to the fourteenth floor and then climbed a spiral staircase to the roof! Prior to the descent the group had a safety briefing and were somewhat disconcerted to hear that “Sometimes it takes twenty minutes to talk someone over!” Undaunted, the Wallace contingent (some small, some tall) stepped bravely off the building much to the admiration of the large crowd of well-wishers safely on the ground and on the opposite side of the street! 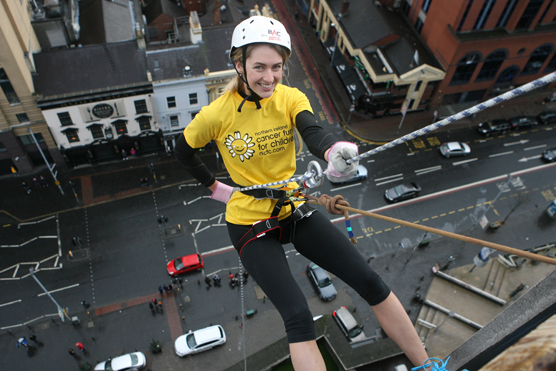 The endeavour has raised more than £2500 for the charity so far; a charity which provides practical, emotional and financial support to children and young people aged 0 to 24 affected by cancer and their families. The charity’s profile has had an enormous boost by the recent involvement of world number one golfer Rory McIlroy and his financial contributions to Daisy Lodge, the charity’s flagship project in Newcastle. The abseil and other events ensures the school’s financial giving to the fund has moved into further record breaking territory. 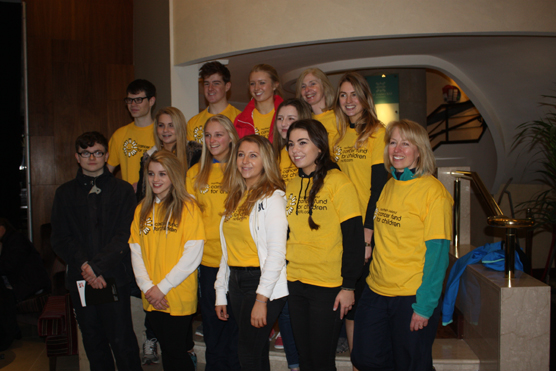 Charity Co-ordinator Laura Topley said, “I’ve never done anything like this, but believe it is a great opportunity to raise funds to help a worthy cause. Despite the nerves, we all managed to make it down in one piece and some even took the chance to admire the views. I am, however, slightly concerned by the committee’s suggestion that our next dare-devil feat should be a bungee jump from Harland and Wolff.”
There is still time to donate to the appeal by paying a visit to the JustGiving page