At the Gala Dinner, compered by former pupil and local media personality Denise Watson, a video presentation introduced the shortlisted nominees in the various categories. Rachel has enjoyed a tremendous last twelve months in the swimming pool, her complete list of achievements too many to mention here. Undoubtedly her sporting highlights included representing Northern Ireland at the Commonwealth Games in Glasgow (summer 2014), whilst more recently she represented Ireland at the World Junior Championships in Singapore (one of only seven swimmers in Ireland and one of three Ulster swimmers), as well as Northern Ireland at the Junior Commonwealth Games in Samoa. She has also been elected as the youngest ever captain of Lisburn Swimming Club for 2015, whilst on top of training twenty hours per week and studying for her GCSE examinations, the Year 12 pupil finds the time to volunteer at a local group for adults with special needs. It’s fair to say that Rachel fully deserves this recognition of her Inspirational Young Talent Award and undoubtedly she will continue to be a positive role model for young people at Wallace and in the wider Lisburn community. 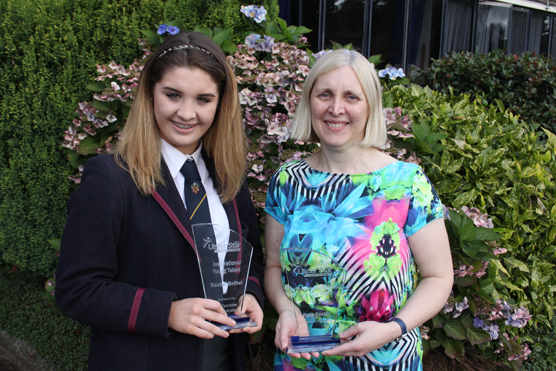 Wallace has a well deserved reputation for its innovative use of ICT so it was no surprise that Head of Computing, Mrs Ruth Foster, was nominated and received the award for Inspirational Educator of the Year. In order to prepare for the new Software Systems Design “A” level Ruth attended QUB for a 16 week course (a 3 hour weekly class and additional study hours at home) in addition to attending training by Allstate (5 day training course and 2 day SQL training) and the University of Ulster for TEL courses. In June 2014 Ruth was the only teacher in Northern Ireland to have completed the BCS Certificate of Computer Science Teaching, a course which is recommended by the Chair of Computing for Schools.

She has been tireless in her promotion of ICT and Computing, fostering links with industry and strongly encouraging girls to choose ICT. Pupils participate in the world wide event Hour of Code (Year 12), Sentinus events (KS 3 digital DNA creative workshop, KS 3 Creating Apps event at Titanic, Belfast and KS 5 Sentinus IT Team Training Event) and Year 13 girls attended a Bring IT On inspirational event in Belfast and a Careers event at QUB. Extra curricular clubs (including CoderDojo) have been established and her expertise has been sought by many outside agencies.

Perhaps the most poignant moment of the night was in recognition of the late Bill Wilson who won the Special Recognition Lifetime Achievement Award. The compere for the evening, sports presenter and former Wallace pupil Denise Watson, shed tears as she watched the film commemorating her former teacher. Bill’s friend and Leadership Team colleague, Miss Heather Gracey, collected the award on Bill’s behalf. It is fitting that Heather wrote the application for the award, some of which features below. 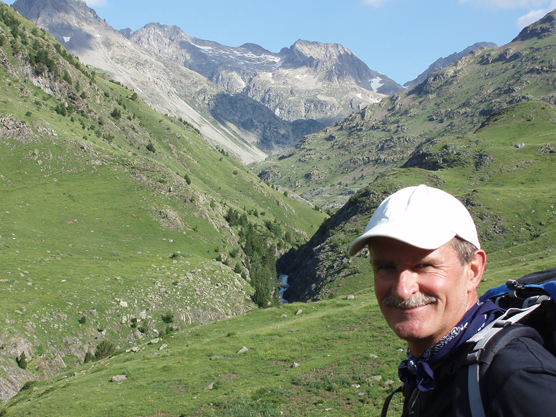 About Bill’s dedication to all things Wallace:

“He found his wife June there , he educated his daughters Vicky and Laura there and through his commitment to Mathematics, to sport and to the Duke of Edinburgh’s Award Scheme he invested his life in the lives of countless generations of Wallace pupils who cherish their own memories of this remarkable man.”

“Bill truly touched every aspect of Wallace’s life. He served on the Board of Governors both as a teacher representative and a parent representative and he worked tirelessly for the Parent Teacher Association over many decades. Prize Day ran like clockwork thanks to his impeccable attention to detail. His lighter side was also apparent in his “thespian” activities writing and starring in the staff pantomimes and many a Christmas Pie was saved from disaster by Bill’s strenuous schedule of rehearsals. The dancing skills which led one pupil to refer to “Mr Sunday Night Fever Wilson” were demonstrated in Wallace’s own “Strictly” in 2005 although to his chagrin he didn’t win! The warmth and wit of his personality enriched the staffroom and he could always be relied upon to smell utterly delectable. Centuries ago he might have been a “dandy”; he was always the epitome of the well groomed male even if he did sacrifice his moustache for charity in 1996 to raise over £1200 for charity.”

About his contribution to Duke of Edinburgh:

“For decades he led the scheme with distinction, a fact which was acknowledged when he was awarded the highly prestigious Torch Award. Bill’s meticulous approach ensured that Wallace students were comprehensively prepared for whatever situations met them in the mountains and it was a source of considerable pride to Bill that many students developed a real passion for hill walking having first been introduced to it through the Duke of Edinburgh Award Scheme.”

All at Wallace wish to congratulate our award winners and the Ulster Star for a superb evening.