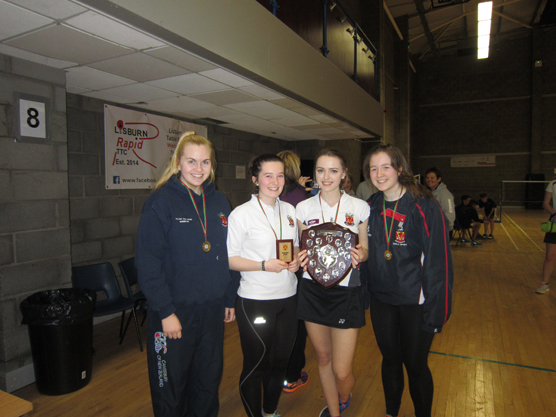 The Wallace High School’s pupils have been busy in a number of sporting activities recently with great successes being achieved across a whole host of sports.

In February, Wallace had a total of thirteen runners who had qualified for the Ulster Cross Country Championships from the district finals held earlier in the year. As always the Ulster races were held at Mallusk playing fields where the cream of Ulster’s athletic talent was on display across a range of age groups. 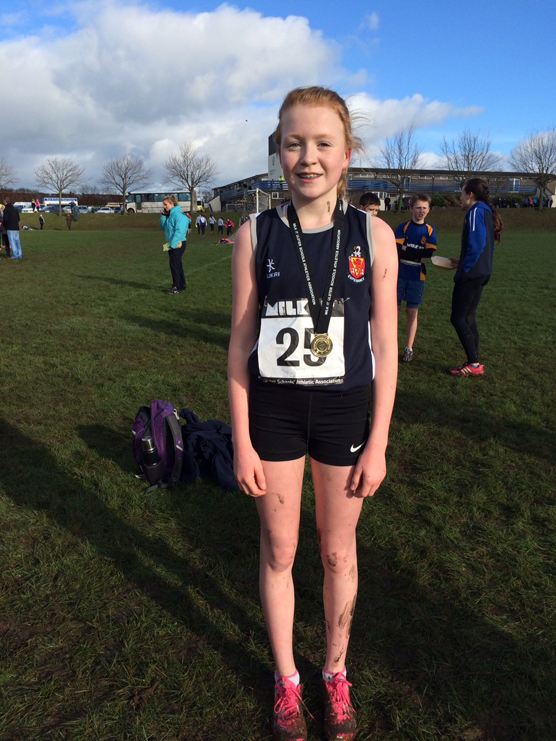 The Lisburn school’s runners had one of their best years to date with the mini girls team (Year 8) finishing in first place overall, with Victoria Lightbody storming home to a convincing individual win and Connie Crothers finishing fourth. Rebecca Wallace held off her opponents in a fiercely competitive junior girls race to earn the individual title and went on to claim a superb second place finish in the Irish Schools’ cross country championships held in Sligo last Saturday. As in track and field athletics, the year 8 (mini) age category finish their school season with the Ulster championships, but they will be exciting to watch next season when they step up an age group and become eligible for Irish qualification. For the record, the other members of the mini girls team were Abigail Menown, Chloe Evans, Ellie McCoy & Sarah Moore who all finished in the top half of the field, whilst several other athletes competed on the day and gave more than creditable performances. All at Wallace wish to congratulate Victoria and Rebecca on their recent successes also. 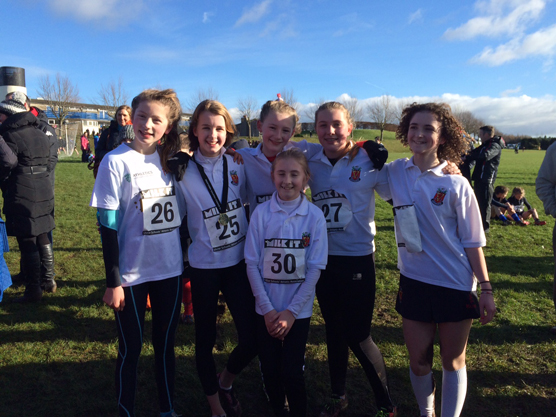 In swimming Year 10 pupil Hannah McMath enjoyed a tremendous Ulster Schools’ Championships in February and having been ranked second overall at the gala and winning four medals ( junior silver medals in both 200m individual medley and 100m breaststroke and gold in her age group for both events), she has been selected for an upcoming week long training camp in Tenerife where she will join the top ten girls and boys from the Ulsters Schools’ gala. All at the Lisburn school also continue to take great pride in the performances of the Bethel sisters, Rachel and Leah, who continue to enjoy fantastic success in the pool and who have a number of important galas in the coming months.

Leah was a short course and Utah short course finalist and also the youngest to final in the 200m front crawl. She won her B final in a time which placed her in the top 5 in the 200m and in the open 400m at the Ulster short course placed 3rd overall. Leah qualified for the British age group championships this summer and is placed very high up in the rankings.

Rachel is the Ulster and Irish short course 200m front crawl champion and Ulster 400m champion. She has qualified for the European junior championships in July in Hungary. Unfortunately due to injury she has had to withdraw from competitions and moderate her training but is hoping to be back on form for the Irish long course championships in April.

Badminton teams have enjoyed great successes this year culminating in many teams picking up honours at the Racquets Club last Friday. The senior girls and junior boys will travel to the Irish Nationals this Wednesday at Gormanstown College in Meath as Ulster representatives having won titles last week. Beth Stephenson, Sarah Cherry, Hannah Brennan and Phoebe Larmour helped the girls to cup success having defeated Royal and Prior in the final and were also Division 1 league runners up, whilst Stuart McCollam, Oliver Patterson, Thomas Cherry and Peter Murphy were in the junior boys team which won Division 1.

The Year 8 badminton team have remained unbeaten throughout the season and claimed a well deserved league and cup double having defeated many teams throughout the league season and Friends in the cup final. Irish underage international Stuart McCollam led the way and was ably assisted throughout by Euan Patterson, Daniel McElhinney and Jamie Stephenson. Other teams have also performed well throughout the year with the senior girls (Joanna Davis, Rachel McCullough, Rowena Walker and Aine McClure) winning Division 2, whilst the minor and senior boys were runners up in Division 2 respectively. Zach Croskery, Adam Oakes, Owen McClure and Jack Cranston were the minor boys players, whilst Stephen Boyd, Reuben Larmour, Callum Patterson and Aaron Scott played for the senior boys. 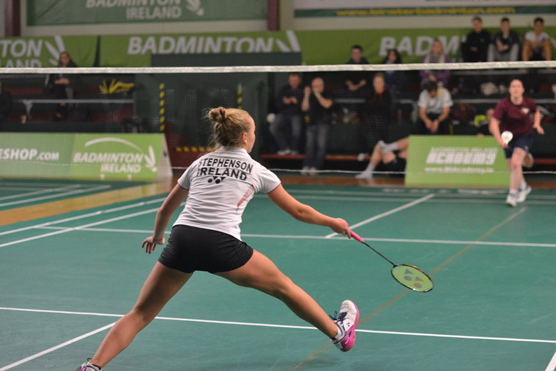 Individually, this weekend sees several Wallace pupils represent Ulster in the interprovincial series with Beth Stephenson, Sarah Cherry, Thomas Cherry, Oliver Patterson and Stuart McCollam in their respective age group teams. Beth has enjoyed a magnificent season to date and will head to Poland at Easter with the Irish under 17 team having already played for the senior Ulster team and won the under 17 Irish Nationals and Connacht titles.