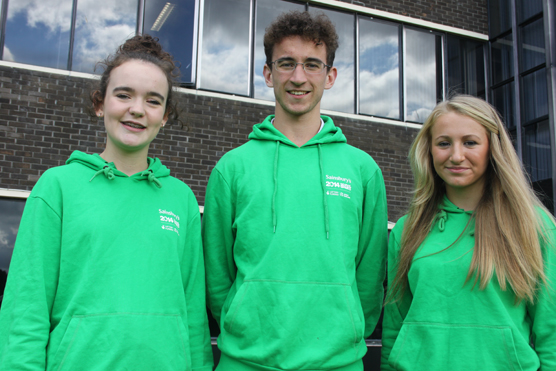 The Wallace High School were well represented at the prestigious UK School Games which took place last weekend in Manchester, with eleven students donning the colours of Northern Ireland.

In the recent past there have been many students from the Lisburn school who have participated in the Games, with current pupils Alannah Stephenson (badminton) and Rachel Bethel (swimming) going on to represent Northern Ireland in the Commonwealth Games which took place in Glasgow in the summer of 2014. Indeed, Rachel was selected for the School Games but had to withdraw because of her already packed schedule, whilst Graham Malley was unable to represent the judo team because of a recent injury.

The UK School Games is a multi sport event which seeks to replicate many of the situations faced by elite athletes in major multi sport events such as the Olympic Games. All the pupils from Wallace participated in opening and closing ceremonies and stayed in an Olympic style village with competitors from around the United Kingdom. 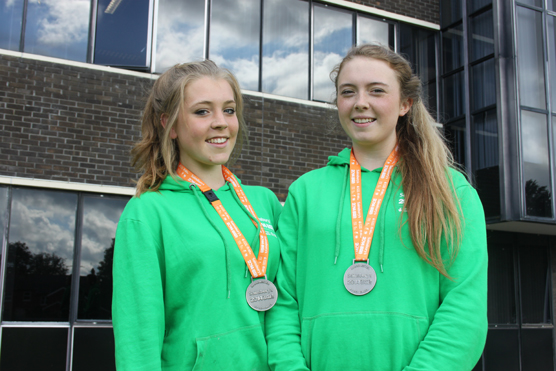 Pride of place amongst the participants this year must go to Zoe Jackson (Year 14) and Jane Kilpatrick (Year 12) who played for the girls’ hockey team which narrowly missed out on a gold medal after a 3 – 4 defeat to their Scottish counterparts in their final game. Having won their pool games against England White (4 – 1) and Wales (5 – 0) they went into the gold medal match with high hopes and were unlucky to lose in what was an absorbing and tight game.

Zoe is extremely busy at the moment as she will be appearing in the school production of Sound of Music next week but she enjoyed the experience in Manchester: “To be part of such an important event was a brilliant experience and getting to take part in opening and closing ceremonies and living in an Athletes Village was a unique experience. It was great to be part of the team which went so close to a gold medal and especially to play alongside Jane. Our coach Steven Arbuthnot is also a former pupil of Wallace so there were loads of Wallace connections in our success.”

The boys’ hockey team contained a six strong Wallace contingent and finished their competition as bronze medallists. They lost their first pool game against England White 1 – 2, before recovering to beat Wales 4 – 1 and England Red 4 – 2 in the bronze medal match. Matthew Nelson and Ryan Getty were on target in the victory over Wales, whilst current 1st XI captain Sean Murray and Matthew Nelson scored in the all important bronze medal match. For the record, the three other Wallace players in the squad were Mark McNellis, Scott McCabe and Andrew O’Hare who were all key performers in the matches.

Three other students represented Northern Ireland in a series of individual and team events. Eve Megaw was unlucky to miss out on a medal in the fencing team event as they fell agonisingly two points short of the bronze medal, whilst also taking part in the individual Épée. Tom Baird was a creditable sixth in the 1500 metres steeplechase which took place in the Manchester Sport City Stadium, whilst Year 11 student Beth Stephenson was unlucky to lose in the quarter finals of the badminton doubles against the pair who went on to win the silver medal. She also competed with distinction in the singles competition.

Wallace Principal Deborah O’Hare attended the event in Manchester and was understandably delighted to see so many Wallace pupils taking part: “This event is very well organised and a very useful experience to prepare elite athletes for the rigours of national and international competition. With the format very similar to that of an Olympic Games, form the opening and closing ceremonies, to the athletes village, our young people have benefited greatly from the experience.”