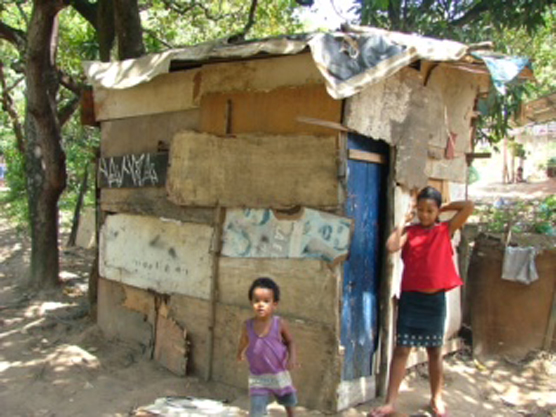 The familiar lyrics of one of Northern Ireland’s football anthems may be for many the limits of their knowledge of all things Brazilian but for Wallace pupils the land of Pele and the Rio Olympics has taken on a new identity thanks to a recent visitor.

The school was delighted to welcome former pupil Naomi Keefe to speak at a special assembly for sixth form; she also taught a number of junior RE classes. Naomi was a classmate of Vice Principal David Cleland although, by his own admission, she may have been the more earnest student. After graduation Naomi taught Biology for 6 years in Hunter House College but drawn to full time Christian service she took a career break to volunteer in the Vale of the Lord Orphanage in Recife for 2 years. Returning to Northern Ireland she completed post -graduate study in Theology at Queen’s University and returned to Brazil. From 2005 to 2011 she worked with the Casa Carada congregation and since 2012 she has lived in the favelas ( slum areas) of Olinda with the Peixinhos congregation of the Presbyterian Church of Brazil.

Both junior and senior pupils were moved by the presentations which showed in graphic detail the huge gaps between rich and poor in Brazil. Most startling of all perhaps was the fact that only a couple of miles separates the favelas from the most luxurious of seafront apartments. Naomi, in common with the church staff of the congregation, is seeking to help the poor and marginalised by sharing the good news of Jesus with them. Her pictures of her own home in the slums left the pupils in amazed silence whilst another slide showing levels of river pollution indicated clearly the nature of slum life. Daily hardships include a lack of running water and intermittent power supply.

Much of Naomi’s work is related to education as she is involved in producing materials for families at risk, in promoting a literacy project ( the reading room) and in sports evangelism projects. Young people who are supported through the church’s projects are involved in accredited courses in diverse areas such as web design and health and beauty. Kumon Mathematics courses which usually last a year are also financed through the project.

Naomi was delighted with the interaction in the RE classes and commented on the many perceptive questions which were asked. Speaking afterwards she said ” I really enjoyed my visit to the school, my first since I left and appreciate the genuine interest and support shown. ” 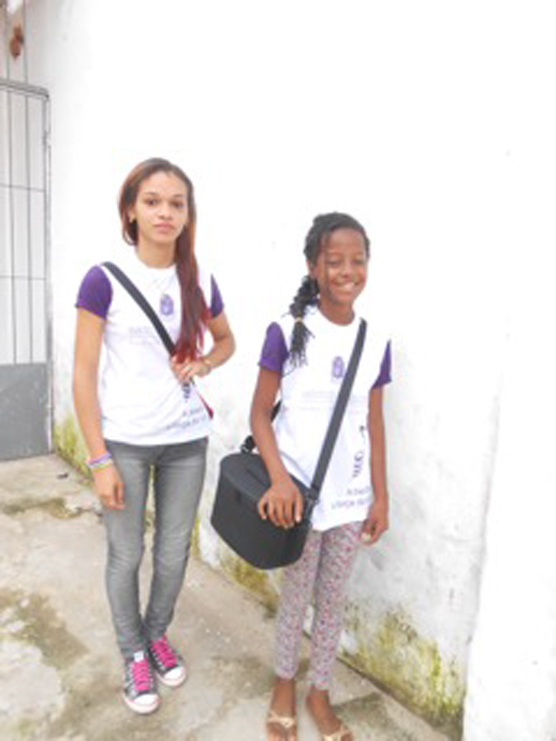 Wallace Principal Mrs O’Hare , who attended the genuinely moving assembly, met with Naomi to hear more about her life in Brazil and to discuss how the school could make a helpful contribution to the work. Relatively small sums such as £300 will secure a young person a professional qualification in web design; Kumon Mathematics courses cost around £850 for a year’s tuition and greatly increase employment opportunities. Mrs O’Hare said:

” When we say, and we do say it often, that Wallace is a family we mean it. As a school we take great interest in the lives of our former pupils. I think that all the staff who heard Naomi speak feel humbled by the experience; her work is genuinely inspirational. The Charity Committee will be looking at how we can raise funds for the work in Brazil and we look forward to building an on-going link with Naomi.”