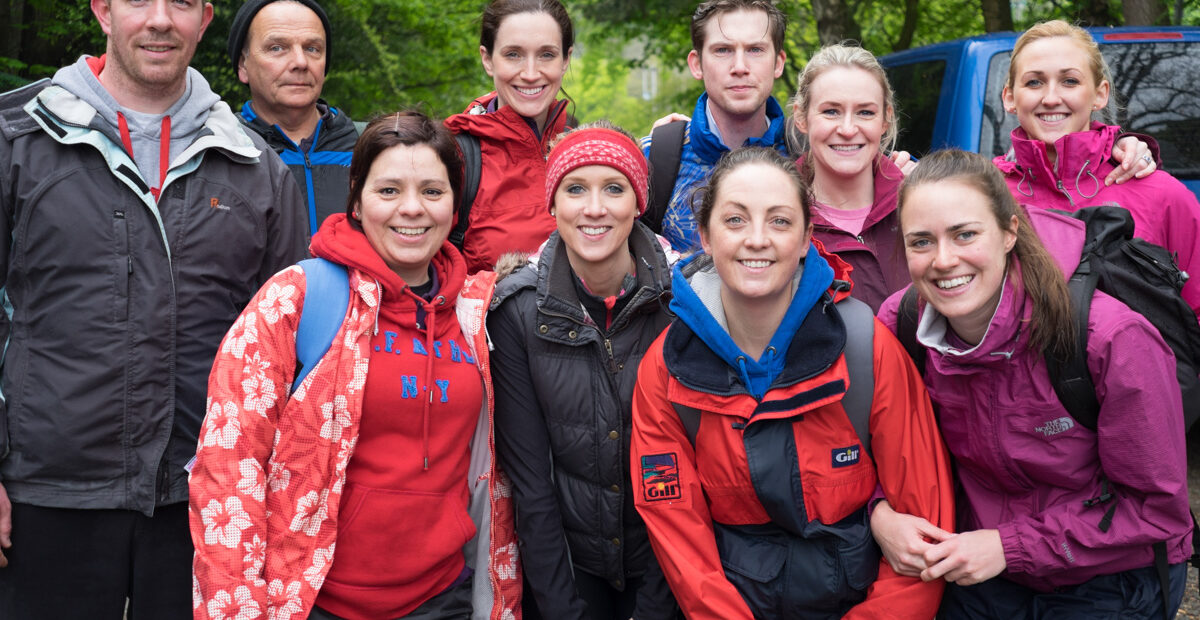 The Bill Wilson Memorial Walk took place on the May Day Bank holiday in true Duke of Edinburgh conditions. Almost three hundred walkers gathered in Donard Park to venture into the somewhat damp and misty Mournes in affectionate memory of the Wallace legend. Bill served the school with distinction for almost forty years and held a number of important roles within the school. At the time of his illness he was Senior Teacher and Head of Mathematics but it was in his role as leader of the Duke of Edinburgh’s Award Scheme that all the many facets of his personality shone most brightly. Generations of pupils attended preparation classes on a Thursday afternoon , practised their skills in the Mournes and completed their expeditions in locations as diverse as the Mournes, the Wicklow hills and even the Pyrenees.

The walkers, including four footed ones and some in buggies (!!), followed a picturesque route designed by Colin Henderson, a close friend of Bill’s. Vice Principal of Wallace David Cleland observed “Days like this are all about team work. We are very grateful to Colin for all his preparation and to the members of the Mourne Expedition Panel who marshalled the route, keeping everyone safe.” Current members of the Wallace staff involved with the scheme took charge of the registration process at Donard Park and no one arrived back too late. Bill would have been impressed! Head Boy Chris Robinson commented “Coming today with other sixth formers has been great. It has added to our farewell to Wallace that we have been able to participate in what feels like a Wallace family event. We know that Wallace really keeps bonds with former pupils and it is evident today. We are so pleased to have attended the walk”

Walkers included current and former staff, current and former pupils and representatives from the Duke of Edinburgh’s Award Scheme in Northern Ireland. United in their affectionate recollections of Bill the participants managed to raise over £3,000 which will go towards pancreatic cancer research.

Wallace is well known for its commitment to charitable endeavours and Monday’s total means that the wider school community has now donated almost £17,000 to pancreatic cancer charities in just over six months. As the walkers wound their eager or weary way around the route their conversations returned repeatedly to the man who inspired their participation and who had touched their lives in such a powerful way.

Bill’s fondness for the stories of AA Milne’s Winnie the Pooh was well known amongst pupils and staff and the walk illustrated so well a quotation from one of the stories “even if we’re apart I’ll always be with you.” Bill loved the landscape of the Mournes and for the May day participants it was a privilege to walk in his footsteps and remember his well lived life.