A Busy Advent for the Music Department

The Wallace High School Music Department had what could only be described as a very busy Advent and Christmas season with eight performances by the Honours Students and Capella and three by Cantabile.

Highlights included the Honours singing for the Wallace Preparatory Department and for the students of St Joseph’s primary school. Head of the Music Department, Mr David Falconer, commented on these two performances: “It was a great privilege to join with them, to show them what we do and to get them to join in singing with us which brought smiles to both the younger and older pupils involved.” 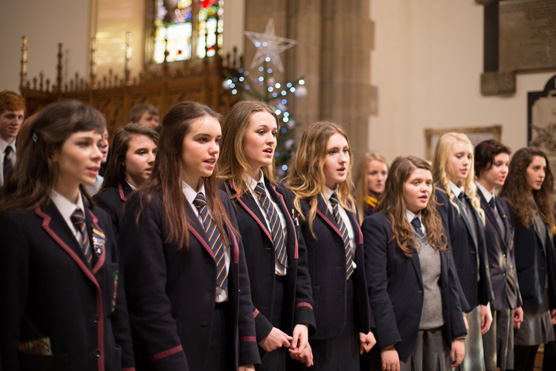 As ever, the St Patrick’s Advent concert was an extremely uplifting and joyous occasion, where a huge variety of Advent music was sung in the most beautiful acoustic, and the nine lessons and carols were performed with full organ and brass in Lisburn Cathedral.

Past pupil Rory Dowse also made a surprise return to the Music Department to talk to and perform for current pupils. Mr Falconer was delighted to welcome Rory back: “Rory is an exceptionally talented pianist who has been offered a doctoral study at the Royal Northern College of Music having undertaken a two year masters there. He provided great insights into the audition process and into making informed choices for pupils wishing to continue with their music after leaving school.” 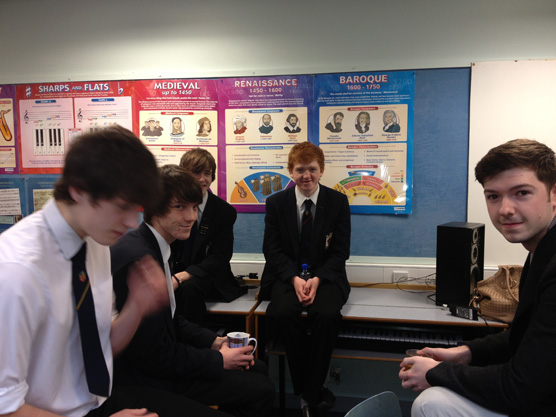 The Music Department will continue to be busy with performances planned for later in the year. Capella have concerts and events in St Patrick’s Church of Ireland in Armagh (May), St Patrick’s Drumbeg (Sunday 12th May), St. Patrick’s Lisburn (Saturday 22nd June), whilst the Spring Concert will be held in Lisburn Cathedral on Thursday 25th April.There will also be a choir tour to London where they will sing evensong in Southwark cathedral,  Ely and also in Westminster. 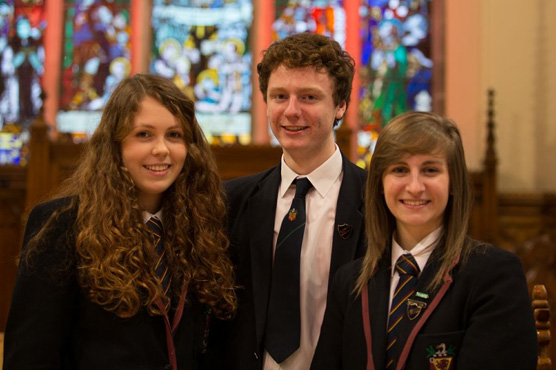 Year 14 musicians will provide the band for the Preparatory Department production of Joseph and his technicolor dreamcoat, whilst Cantabile will enter Bangor choral festival. The Capella repertoire for the term ahead is “Ayleward responses”, “Stanford in C evening canticles”, “Greater Love” by Ireland, “Let all mortal flesh” by Bairstow , “Cibavit eos plainchant”, “Cunla”, “Fionnghuala”, “Dulaman”, “A stor mo chroí”, “Seaside Rendez vous”, “I’m a train” and some others.

All involved with music at Wallace High School thank the local community for their support and invite them to future performances.