A group of last year’s Upper Sixth at Wallace High School recently attended a coffee reception hosted by the Principal, Mrs O’Hare. The group was among those who achieved three or more A* at A Level.

“These are truly exceptional young people who are clearly very able academically, but have worked consistently and conscientiously at the very highest level since their first day at Wallace, either seven years ago as a new Year 8 pupil or 14 years ago as a new Primary 1 pupil in our Preparatory Department.” 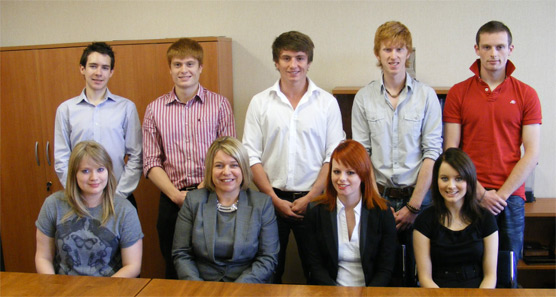 The group shared reflections on what had made Sixth Form so successful for them and looked forward to their imminent departure to Queen’s University; Oriel College, Oxford; London School of Economics; St Andrew’s University and Edinburgh University.