The two A level Art classes from The Wallace High School recently visited the UK City of Culture 2013 Derry/Londonderry to view the prestigious Turner Prize exhibition and a variety of other artistic attractions on offer in the city at the time.

Having the opportunity to visit such an exhibition was excellent as it provided the pupils with a chance to view Contemporary Visual Art work on an International scale. The four
artists short listed for the prize proved to be challenging in terms of traditional notions of visual art; David Shrigley’s slightly cartoon like figure provided people with an opportunity for some figure drawing, the result of which made you realise it was impossible to draw the figure accurately. A piece of work which caused much controversy was the conversation/performance piece by Tino Sehgal which saw the viewer being included in a conversation with the gallery attendants about the ‘market economy’. 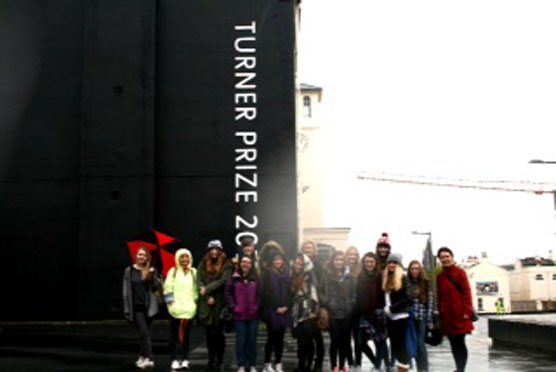 Large scale figure paintings by Lynette Yiadom-Boakye were interesting from the point of view that they seemed so much more traditional than the other finalists. The favourite of the four artists seemed to be the Installation/video work by Laure Prouvost whose dream world focused on her Grandparents.

Our visit to the city also included, the Void to see Mark Wallinger, former Turner Prize nominee Willie Doherty and Rita Duffy at the Shirt Factory.

To coincide with the opening of the Turner Prize CCEA put together an exhibition of work to showcase the work of Northern Irish pupils whose work represented ‘outstanding achievement’. The Art department of The Wallace High School was very proud to have the work of Sarah White chosen to be part of this exhibition. Sarah’s triptych ‘The Swimmer’ was life size in each panel and depicted the swirling motion of a lone swimmer. Her work was chosen in particular for the brave scale of the paintings and her use of oil paint. 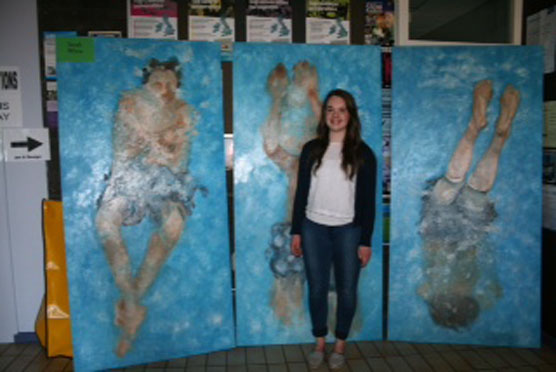