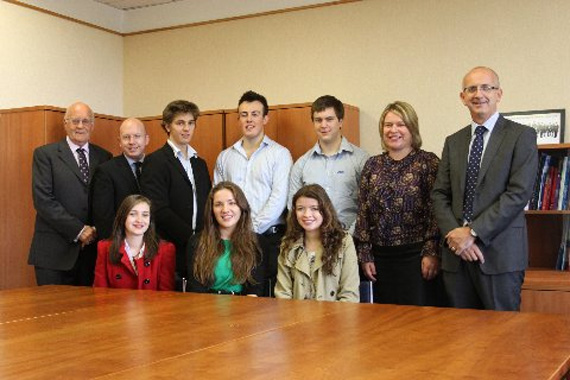 A coffee morning was recently held at The Wallace High School for students who had achieved 3 or 4 A* in their recent ‘A’ Level examinations. To achieve an A* students must achieve a minimum of 90% at A2 level.

The Chairman of the Board of Governors, Mr Graham Sutton and Principal, Mrs O’Hare, congratulated the students on these outstanding achievements. Vice-Principals, Mr Alastair Craig and Mr David Cleland, also joined the students to share in the celebrations.