As ever, many academic departments have been extremely busy in the past few weeks with many successful achievements and a wide variety of activities.

The annual Geographical Association World Wise Quiz took place at the School of Geosciences on Wednesday 11November with the team made up of Peter Scott, Ryan Simpson and Maceij Muzurek. There were a total of ten schools participating this year in the Quiz.

In the preliminary quiz, there were four rounds: OS map work questions, questions focusing on field work skills and graphical presentations, a series of questions using Google Earth images, and a picture round created by Professor Steve Royle. At the end of this preliminary quiz, the scores were added up and answers provided. Then there was a short break for tea, coffee, drinks and food.

Upon arrival back into the lecture theatre, the results were given – the three schools into the final were Wallace, Down High School and Sullivan Upper. The final quiz was a mixture of individual and team questions. The first round consisted of questions on very recent ‘Geography in the News’. This was followed by a quick fire round of ten questions in one minute. The third round was an alphabet round consisting of four questions per person. The fourth round of questions involved a substantial amount of risk taking as there were ten points available and the scores were close. Five clues were given for the team to guess the island. As another clue was given the points decreased. The team played safe both times to ensure that they gained at least some points as opposed to no points. With this strategy followed it ensured that we managed a more than creditable second place. 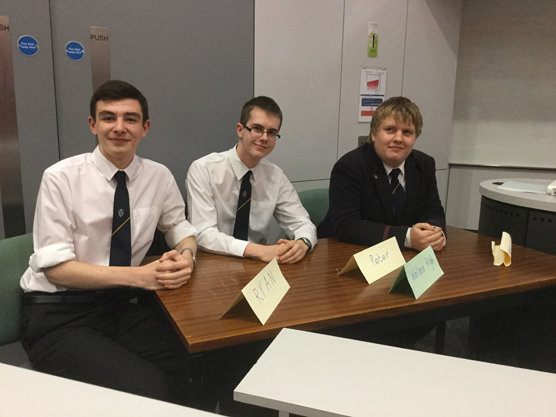 The STMC is a collaboration between the United Kingdom Mathematics Trust and the Further Maths Support Programme and tests mathematical, teamwork and communication skills through an array of timed challenges.

Good communication skills and working at speed with accuracy are paramount to scoring well in the STMC, so prior to the competition pupils interested in competing in the Challenge met on a weekly basis to simulate rounds from previous competitions. The four students named above were then selected to represent The Wallace High School and compete against teams from other schools across the country on Friday 13th November 2015.

The team performed exceptionally well and ranked an impressive second place, narrowly missing out on a place in the National Finals held in London, in February 2016. Mathematics Teacher, Mrs C Elliott, commented, “I am delighted with the result! The team worked extremely well together and were a credit to Wallace. Well done boys!” 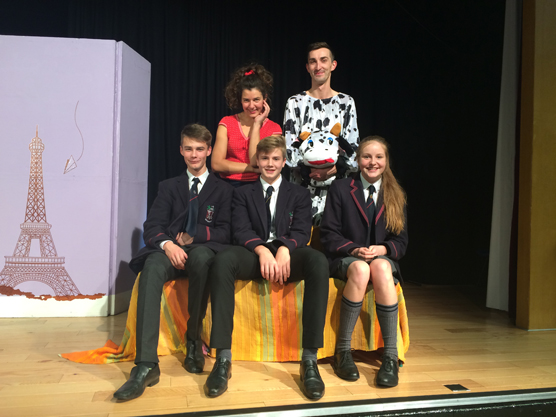 Last term Modern Language theatre company Onatti paid a visit to Wallace with their play ‘Les Garçons’. Year 10 students were thoroughly entertained by the play which told the story of Natalie and an evening of babysitting which goes spectacularly wrong.

Year 10 pupil, Sam Hayes said, “I was worried that I wouldn’t understand the play and I was really impressed by how much I was able to follow everything that was going on! “ The play was entirely in French and involved participation from several of our Year 10 Pupils who were able to show off their comprehension and speaking skills. The event was a great success and a wonderful opportunity for our French students to experience French outside of the classroom. We look forward to welcoming Onatti back to Wallace next year!

The run up to Christmas has now begun with many more events and activities to look forward to. Keep up to date via the school website, Twitter @WallaceHigh or our Facebook page.