Lalor Roddy, a famous local actor, has featured in many successful films and TV series’ including the Oscar winning film, ‘The Shore’, ‘Game of Thrones’ and ‘Even Gods’, to name but a few. Irish Times theatre critic Finton O’Toole described Roddy as ‘surely the finest actor of his generation.’ 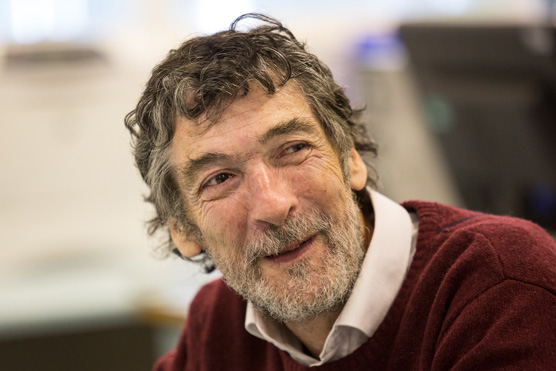 Eddie Berg is responsible for commissioning and producing more than 100 projects by artists working in film, video and new media and has curated and organised a wide range of exhibitions, screenings and events across the world.  As Director of Partnerships at the British Film Institute, Berg has been instrumental in developing schemes to extend the reach, breadth and depth of independent and specialised cinema across the UK. Berg was keen to encourage students to make use of the BFI Player, launched in October of this year.  This new App allows a wider audience to access both archive footage and contemporary film.

Not only do the BFI invest in film production, distribution, publishing and festivals, they provide opportunities for young people to develop an informed appreciation of film through workshop-based projects.  Currently, three Moving Image Arts students are involved in the BFI Film Academy: Nathan Stevenson, Gareth Greenfield and Alexander Harper. 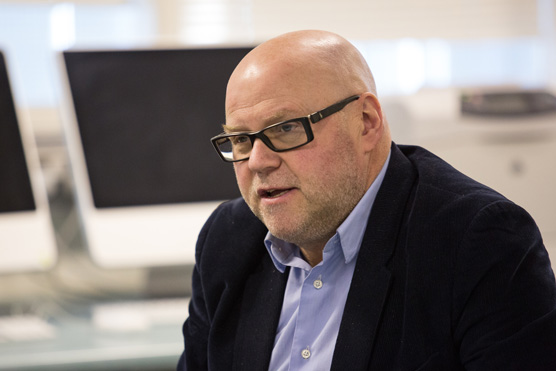 Bernard McCloskey, as Head of Education in Northern Ireland Screen, is a champion of the Moving Image Arts qualification.  He has worked tirelessly to promote film in Northern Ireland and to encourage young people to study and seek employment in this thriving industry.

All three dedicated an afternoon in their busy schedule, to answering questions and giving advice, an experience which was enjoyed immensely by all students who attended.

Katherine Lucas, Head of Moving Image Arts at the Lisburn school commented: “This was an extremely beneficial experience for the students as they were given excellent advice from three highly regarded people in the UK film industry. We really appreciate them taking the time out to speak to students.” 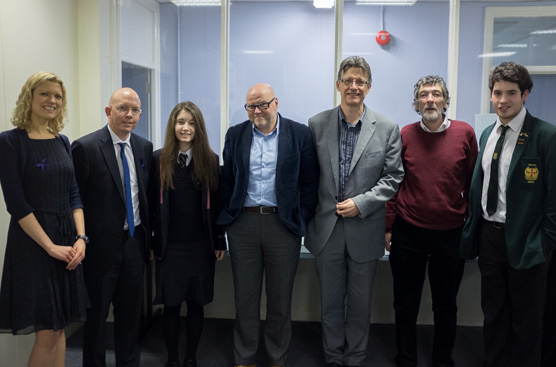 David Cleland, Vice Principal comments, “Creativity is very important in all subjects at Wallace High School. Moving Image Arts is a popular subject and we are already seeing former students working in mainstream films and television. Cinemagic, Northern Ireland Screen and those involved in the industry are to be commended on how they support the enthusiastic film makers of the future.”