Lara is finalist at the National Centre for Diversity Arts Competition

The National Centre for Diversity Arts Competition is a competition which encourages students to create artwork representing themes relating to diversity.

Lara decided to enter a photograph that she took and edited as part of her final GCSE project. Her entry was shortlisted as one of the final fifteen entries within the United Kingdom. Lara was invited to attend the awards ceremony at the MacDonald Burlington Hotel in Birmingham where the artwork would be exhibited and the winner would be announced. She has represented Wallace High School superbly by achieving finalist status in this Art competition. 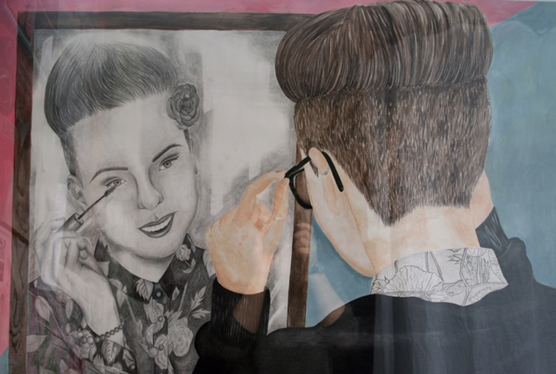 Lara commented, “The awards ceremony was a really exciting experience. I particularly enjoyed hearing from a range of interesting people speak passionately about equality and diversity in the UK and see the other inspiring artwork that was shortlisted in the competition.”