“Magical” matinee was “Something Good” 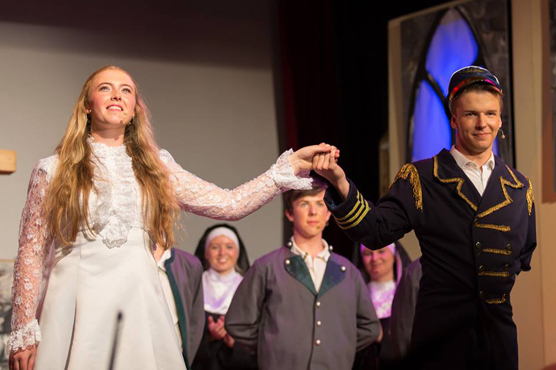 Wallace’s production of Rodgers and Hammerstein’s celebrated musical The Sound of Music met with a rapturous response from an audience of local primary school pupils. The long established tradition of a schools’ matinee gives the cast and crew the benefit of a live performance and hopefully encourages their young audience to think about the fun of participation in a show. The excitement was palpable…..and that was only the cast!

From the opening notes of Zoe Jackson’s pitch perfect rendition of The Sound of Music to the triumphant Climb Every Mountain sung exultantly by Hannah Cairns this is a show with heart and passion. Cast members are drawn from Years 9 to 14 and this generates a remarkably convincing family dynamic between the seven von Trapp siblings. 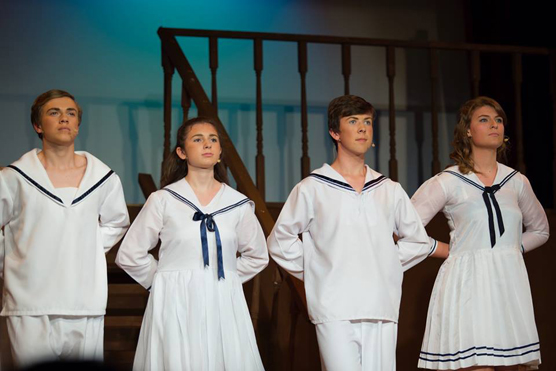 The young audience at the matinee were spellbound by the vitality of the performance and its varied moods. They giggled at Thomas Stewart’s Max Detweller, admired the stylish elegance of Head Girl Zara Kirkwood’s Elsa Schraeder and gazed in open eyed admiration at the wedding scene with its handsome Captain Von Trapp ( Joshua Brown). Little did they know of the stresses of getting Zoe out of her wedding dress and into her next costume!

Pond Park Principal Mr Geoffrey Cherry noted before the show ” This is one of my favourite musicals. I find it so touching especially the ending which is so full of hope. It is a pleasure to be here today with our pupils and for them to have the opportunity to see such a professionally produced and staged production. ”

The young cast members clearly have boundless energy as the evening performance was as electric as the storm scene outside Maria’s bedroom. The audience responded enthusiastically throughout the show even audibly singing along at some points. The orchestra, under the direction of Miss Pascoe, provided excellent support throughout the evening.

Producer and Director Mrs Emma Rogers, ably supported by Assistant Director Miss Victoria Walsh ,was naturally delighted by the success of the opening night. A fuller review will appear on the website soon but pictures and responses can already be seen on the school’s Facebook page.

The show will complete its run on Friday night. Very limited numbers of tickets can be purchased via Ticketbud or check availability by ringing the school. It was, to quote one young audience member , ” just magic! ” so come along for one of musical theatre’s ” Favourite Things “.