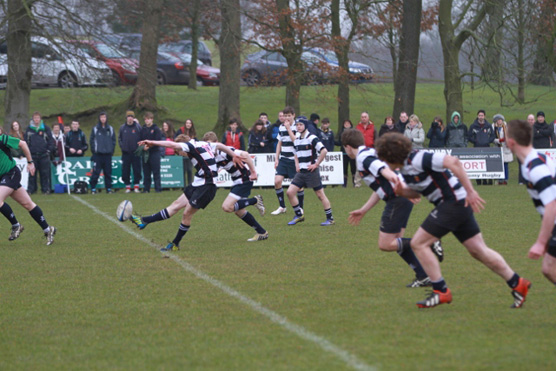 The Wallace High School Medallion has made it through to the final of the Danske Bank Medallion Shield for the third time in four years after an 11-0 victory against Coleraine Inst at Ballymena Academy last Saturday morning.

Wallace dominated the opening tense exchanges and were unfortunate not to score on a number of occasions. The forwards worked tirelessly at set piece and in the loose, retaining possession and forcing Coleraine into mistakes. It was a surprise when the score was still 0-0 after the dominance of possession and territory for Wallace.

Following the resumption Jonny Stewart and Ryan Wilson started to exert their authority on the game, mixing up play between forward carries and width in the backs. Kyle Hayes kicked two early penalties in the first 10 minutes of the second half. Jacob Singleton, Adam Galashan and Gary Dillon really got to grips with the Coleraine ruck and it was no surprise when Adam McCallum crashed over for the only try of the game.

The line out work of Tom Baird, Andrew Morrow, Nathan Harper, Michael Smyth and Ross Waite was excellent and got better as the game progressed. This allowed the platform to be laid for the backs to cut through the Coleraine defence who defended heroically. 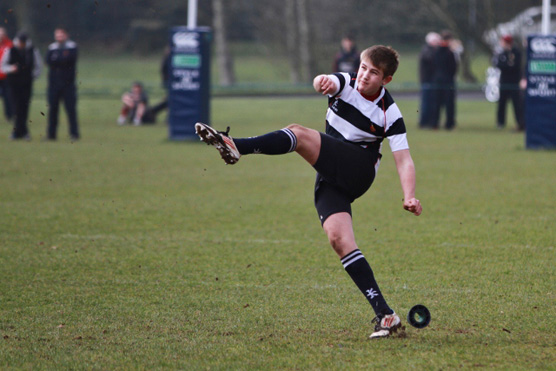 Team captain Jonny Stewart was understandably delighted after the win and commented: “The squad are very pleased with the result and performance versus Coleraine Inst, especially because we put into action the game plan that we had worked on throughout the week in training.”

“We are now looking forward to the experience of playing in front of a large crowd at Ravenhill, having all watched Wallace teams play there recently in Medallion Shield finals and Schools’ Cup semi finals.” 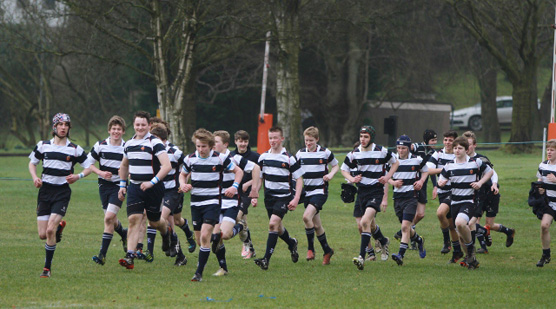 “We have already played Campbell this season in September which seems like a long time ago now and came out on the right side of a tight game. There is no doubt that both teams are evenly matched and the final should be an excellent game for spectators. The support on Saturday at Ballymena was outstanding and really helped us. I would encourage as many people to get to Ravenhill next Monday for what should be a great occasion.”

The final is scheduled for Ravenhill on Monday 11th March, 2013 with a 2.30pm kick off against Campbell College Belfast. All support welcome.