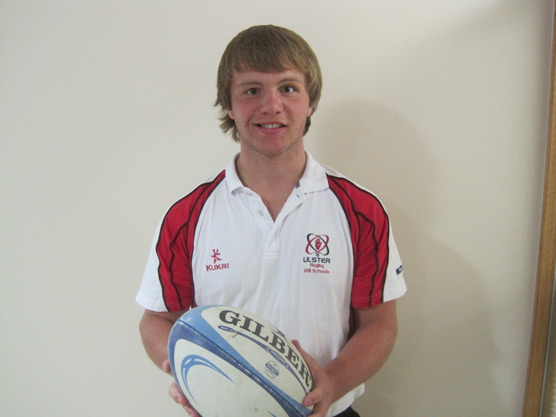 The Medallion defeated Campbell College 19-12 in a thrilling match on Saturday. Tries from Graham Martin and Ben Pentland in the first half secured a 14-0 lead at the break, a reward for great organisation and ball retention. The team played their pattern well.

The powerful Campbell team responded in the second half but a well organised defense and brave tackling kept the hosts out until 40 minute mark.

An opportunistic Ryan Branagh try from a Michael Goodfellow kick gave Wallace back their 2 try cushion and while Campbell scored late on, the match was never in doubt. The Final score was 19-12 to the Lisburn lads.

The 1stXV lost 12-3 to Campbell College on Saturday morning. Two errors gifted two tries to Campbell in what otherwise was a very sound defensive display against a Campbell side containing six Ulster Schools’ players. David Scott kicked a penalty and enjoyed a superb game in the centre both defensively and with ball in hand. He was supported by Nathan McClatchey who was excellent under the high ball and in attack. The hard work and attacking threat of Jordan Heatley and Daryl Corbett gave Wallace opportunities to score which they were unable to take. Up front Chris Taylor carried strongly while there were also solid performances from Cal McIlwaine and Dean Irvine.

The 2ndXV won 25-14 against Campbell and revealed real attacking intent in the wide channels. Jordan Grattan scored two tries while there were tries apiece for Adam Dickson, Chris Nimmon and Simon Brownlee.

The 3rdXV went down 22-20 to Campbell in an entertaining encounter. Josh Ard, Mark Hylands, Ralph Lavery and Andrew Coffey were the try scorers.

Some forty Wallace High School Year 8 pupils played a tournament at school on Saturday morning. Matthew Pentland captained the winning side and put in a fine performance with six tries and he was ably assisted by Ryan Malley who went over for five, Jamie Dowie two, Nicholas Woods one and Rhys Clarke one. Other notable performances were put in by Nicholas Acheson, Matthew Miller, Matthew Moore, Jamie Manderson and Reuban Larmour.

Wallace High School front row player, Chris Taylor was involved in playing for Ulster Schools’ U18 XV in the Interprovincial Championship. Chris performed superbly as Ulster were runners up to Leinster.