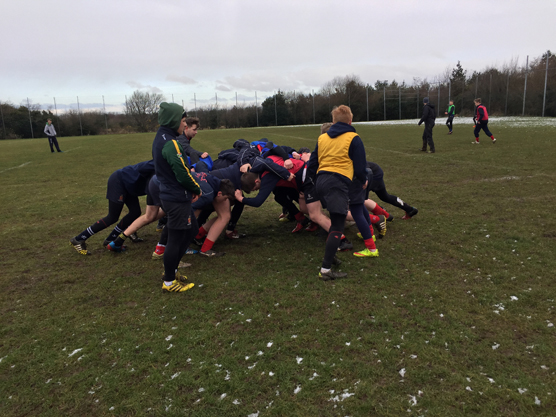 The Wallace High School Medallion reached the Final of Shield following a 20-15 victory over BRA at Osborne Park last Saturday morning. This is the second successive year in which Wallace have reached the final and they will face last years opponents, RBAI, at Kingspan Stadium on Tuesday 8th March, 2016 at 2:30pm.

BRA began the game with much possession and increasing territory and were rewarded with a penalty following an infringement by Wallace. This was duly converted and spurred Wallace into action as they dominated proceedings for much of the remainder of the first half. Wallace were able to get through phases with their forward pack making powerful carries and getting over the gainline. The backs were gaining a good supply of possession and it was not long before Ben Carson got over for the opening score. 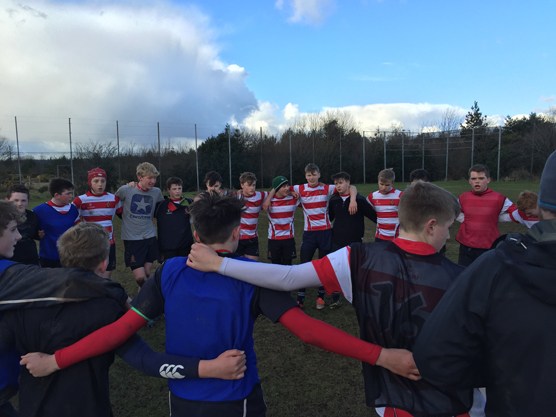 Although the conversion was missed Wallace remained in the ascendancy and were able to move the ball accurately and allow Chris Quinn to score in the corner. Conor Rankin kicked the conversion from the touchline and added a further penalty to leave the half time score 15-3.

Following the restart BRA came into the game and put Wallace under severe pressure. They were rewarded with a well taken score. Wallace responded with a try as Joel Dundas sped away for a score half way through the half. The score was 20-8 at this stage and BRA began to press once more and scored again with ten minutes remaining. Wallace hung on at times in the final five minutes and were relieved to hear the final whistle.

Credit should go to both sets of players and schools for the quality of rugby on display and for the sportsmanship which was evident.

Medallion Coach, Mr Matthew Glenn, is understandably delighted to be in the final again and commented: “This is a great achievement for a young squad which contains several talented players from Year 10. To be in the final at the Kingspan Stadium is every young players dream and we look forward to the occasion immensely.”

“We have already played RBAI this season and recognise that they are an excellent side but our team has really developed over the course of the cup run and we are confident in our ability to perform well on the big stage. As ever, we look forward to the Wallace and Lisburn community supporting us and creating a highly positive atmosphere for us to perform in.”