Notable Successes for the English Department

The Wallace High School English Department has rounded off a busy 2011 with a number of notable successes.

Lower Sixth student Natasha Gillies proved she was made of the “write stuff” as she was placed first in Northern Ireland in GCSE Journalism in the Media and Communication Industry. 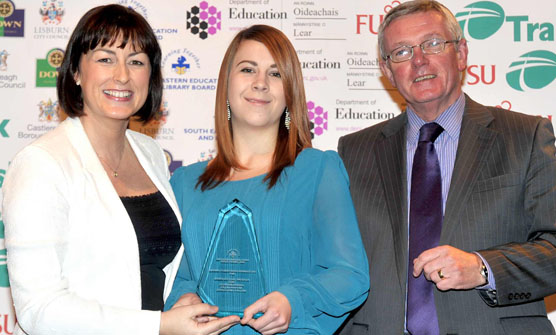 Proud Head of Department Gillian McGarry explained: “This is an exciting and innovative qualification and we are delighted to have been placed first in the province for the second year running.

“Natasha completed thought-provoking coursework including investigative work on the proposed Glenavy incinerator as well as radio packages, ranging from small stories to the Tall Ships and everything in between.”

Natasha’s success was recognised at the recent SEELB Awards ceremony where the English Department’s creativity was also celebrated after collecting prestigious Tom Nolan Award for poetry.

This award was collected on behalf of Wallace by Lower Sixth English Literature Student Anna Greenfield.

“We were delighted to win the Tom Nolan Award – for the anthology of poetry we submitted on the theme of acceptance – as it recognised the creativity and love of poetry fostered in the English Department,” Anna said. 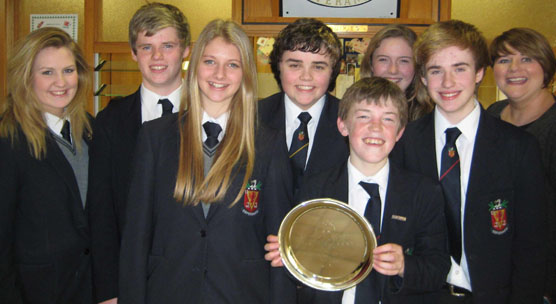 Anna’s love of poetry was also shown as the 16-year-old, along with Year 11 student Sarah Martin, travelled south to represent Northern Ireland in the “Poetry Aloud” semi-finals in Dublin’s renowned National Library.

“Sarah and Anna worked very hard in preparing their poems for the competition and were a credit to their school and city,” added Miss McGarry.

“The competition helped develop our students’ knowledge of the Irish poet WB Yeats as well as providing them with an excellent opportunity to meet students from across Ireland. 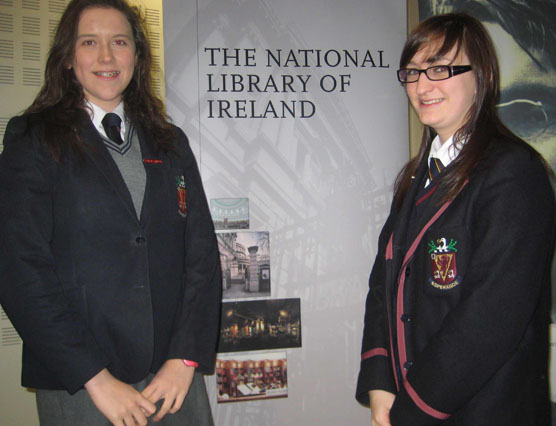 “Our students relish opportunities for drama and debating both inside the classroom and through our range of extra curricular opportunities.

“All of our Year 8 students thoroughly enjoyed their recent trip to see the Laurelhill College production of “Footloose” whilst our GCSE students travelled to Belfast to see the Civil War drama “Juno and the Paycock”.

“Notable successes in Public Speaking have included first prizes in the Business and Professional Women’s and the Edgar Graham Memorial competitions.

“We are also looking forward to hosting a Model United Nations conference in the Spring and, in conjunction with the History Department, continuing our series of eagerly contested debates.”

So, as the curtain comes down on a memorable 12 months,  2012 promises to be another vibrant and enjoyable year for the students of The Wallace High School.