Radio Ulster Choir of the Year

On Friday 5th February, The Wallace High School’s Capella took part in the BBC Radio Ulster ‘School Choir of the Year’ competition at the Guildhall in Londonderry city. The Antrim heats were over-subscribed and, having initially been unable to take part due to school calendar clashes, the choir were asked to travel to take part.

Capella is an excellent and most unusual choir. Made up largely of students from Years 12,13 and 14, it also has some students from junior year groups. It feels, to its members, like a large family. This feeling is largely due to the high standards and rigorous demands of the repertoire it performs. Every morning, from 8:40-9:15am there is a rehearsal for either the women or the men. The only day off is Wednesday, when the even more specialised ‘Honours’ choir rehearses. The after school rehearsal is the opportunity to blend the parts together. 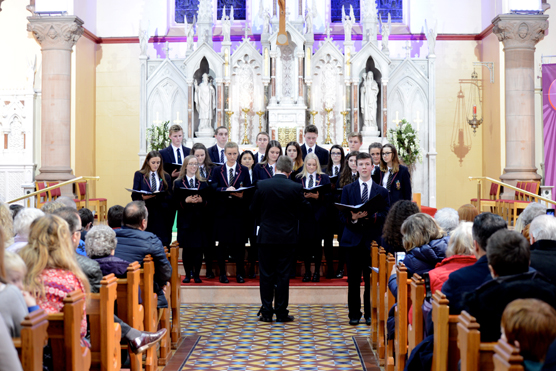 Choral singing requires great commitment, not only to rehearsals, but also to the music. Singers must understand every part and how it interacts with his/her own part. Singers breathe together, they balance the parts; the male voices support the female voices, who, in turn, respect the overall balance. A choir knows how to use its resources by performing works that span the gammet of the vocal ranges available. Soloists are used to enhance the performance, drawing a choir closer inwards in a support for one or two singers. Phrasing, musical shape, and a communicated sense of performance are all at the core of an amazing musical experience.

The adjudicator, Mr Ciarán Scullion, complimented Capella for having achieved all of these skills. He said that the choir was at the absolute control of the conductor (Head of Music, Mr David Falconer) and were dynamic and versatile. He complimented the group on how well resources had been used and how each part knew exactly what the others were doing and responded accordingly. 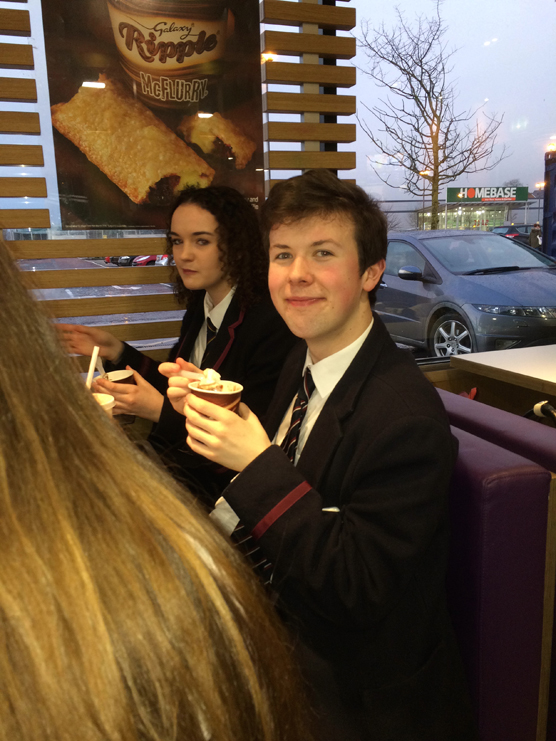 Capella has a very wide repertoire of sacred and secular music, from the 16th century to present day. The choir had worked hard for two weeks on two contrasting pieces, ‘Il est bel est bon’ a bawdy 16th century polyphonic chanson by Passereau, and a highly contrasting homophonic arrangement of Billy Joel’s ‘And so it goes’ The first features many complicated vocal entries, at a very fast tempo, with lots of word painting, the altos and basses sounding like farmyard chickens at one point.

The Billy Joel piece draws the audience in and exploits ten part harmony with very close voicing and strong soloists, namely Connor Richardson and Rachel O’Connor. It also featured Capella’s basso profundo, Andrew Matthews, who sings a bottom A as the penultimate note before rising to a bottom D.

Wallace were the only choir to perform in its programme ‘a Cappella’ that is, without piano accompaniment and offered complicated 16th century repertoire with a contemporary contrasting work.

Although Capella didn’t win the heat, each singer knew how well the group had sung and were delighted with the performances.

All at Wallace wish to congratulate Capella on their performances and look forward to upcoming music events.

Listen to the choir perform during the competition here.