Record A Level Results at Wallace

Having topped the GCSE League Tables in 2012, students in Wallace have now achieved the best A Level results on record.

In her comment the Principal, Mrs Deborah O’Hare, paid tribute to the efforts of those in Lower Sixth and Upper Sixth, their teachers and staff and acknowledged the importance of the support of parents.

“The school normally expects 50-60 students across Lower and Upper Sixth to achieve 3 or more A grades at A Level, but this year 79 students have achieved straight A grades. This is unprecedented and deserves much celebration. 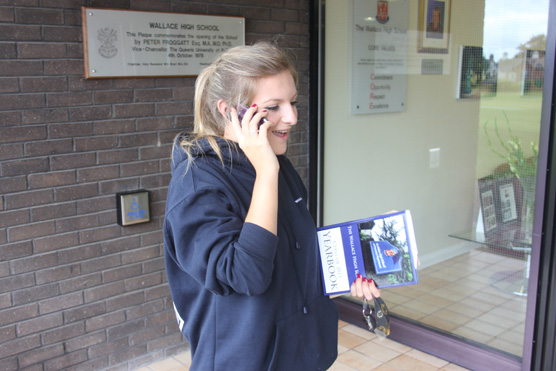 She went on to say “On behalf of staff and governors I wish our Upper Sixth Leavers well in this next exciting chapter of their lives. It has been an immense privilege working with them.”