Last years runners up, Wallace High School, have been seeded in the top eight rugby playing schools for this years Danske Bank Schools’ Cup. Wallace will enter the competition at the third round stage on Saturday 7th February, 2016 and have been seeded along with Ballymena Academy, Campbell College, Methodist College, Royal Belfast Academical Institution, Sullivan Upper, Down High School and Coleraine Grammar School.

Wallace, after a slow start to the season, have enjoyed some creditable victories in recent weeks, defeating Sullivan, BRA, Portadown College, RS Armagh and Ballyclare HS. However, fixtures before Christmas will become more difficult as Wallace face tough fixtures on the road to Methodist College, Royal Belfast Academical Institution, Omagh Academy and Sullivan. 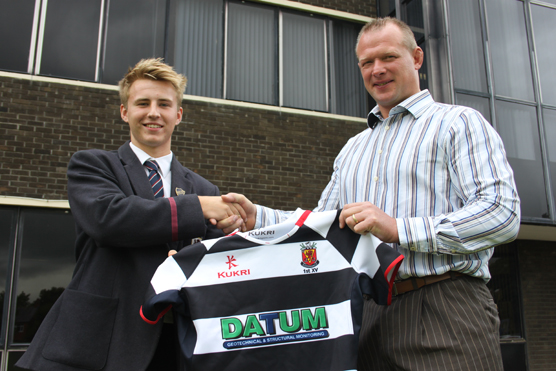 Individuals within the squad have also been busy in the early months representing the Ulster Schools’ under 18 squad in the interprovincial series. Head Boy Jonny Stewart was selected to captain the team, whilst Ben Finlay was also a key figure in the squad throughout the series.

Before Halloween rugby players from the Lisburn school were honoured with a special visit by star Ulster players Kyle McCall (a former Wallace pupil) Peter Browne and Lewis Stevenson as part of the Specsavers hosted Guinness PRO12 Trophy Tour. Players from year groups 8, 9, 10 as well as the prep school, Medallion and senior teams got the chance to lift the famous rugby silverware, chat to and get autographs from the high profile Ulster Rugby players. Also joining the welcome party were boys’ and girls’ hockey and netball team captains and players. As an official sponsor of the Guinness PRO12 match officials and referees, Specsavers is also the official optician and hearing services partner of the Guinness PRO12, providing expert eye care for players and officials. 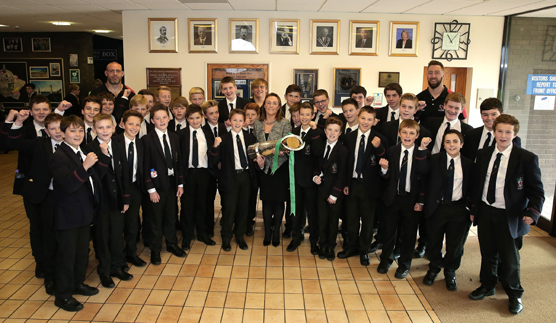 The Medallion team have also been seeded for the Medallion Shield and will hope to go one better than their counterparts last year who were defeated in the final at Kingspan Stadium by Belfast rivals RBAI. They recently received their sponsored shirts from Mr Stephen O’Hare (NIFX Ltd) a consultancy working on assignments that have produced savings for businesses in all aspects of bank and treasury. NIFX Ltd provides importers and exporters with access to the finest, most competitive exchanges rates and forward facilities. 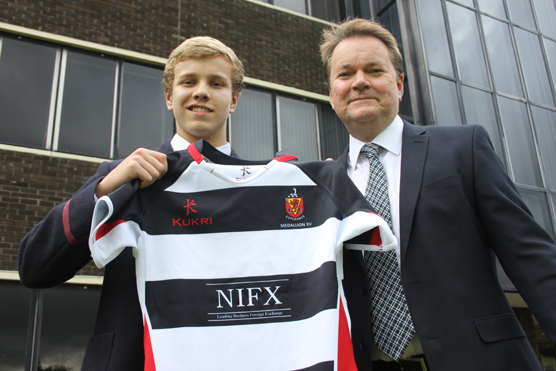 The 1st XV have also received their sponsored shirts from Mr Nigel Dillon, MD of DATUM Monitoring Ireland which provides a comprehensive range of Geotechnical and Structural Monitoring Services throughout Ireland and the UK, with their main focus positioned on the Construction and Civil Engineering sectors.

Teacher in charge of Rugby at the Lisburn school, Mr Neil Hinds, commented: “It has been a busy start to the year for individual players and our teams. I am delighted that we have, once again, received seedings in both the Medallion Shield and Schools’ Cup and would also like to take this opportunity to thank sponsors and supporters for their continued support.”