Schools’ Cup fever has hit The Wallace High School as the 1st XV prepare to face RBAI at the Kingspan Stadium on St Patrick’s Day.

The team reached the final having defeated Portora Royal and Ballyclare High School in the early rounds before a stunning 12 – 10 victory over holders and record winners Methodist College in the recent semi – final. In this game the Lisburn team showed great resilience to overcome a strong Methody team with tries from Philip Hylands in the first half and a late Ben Finlay try in the second half to win the game. The second try was a superb effort from the Wallace back line as the ball went through the hands of several players before Ben shrugged of the Methody fullback to score in the corner. 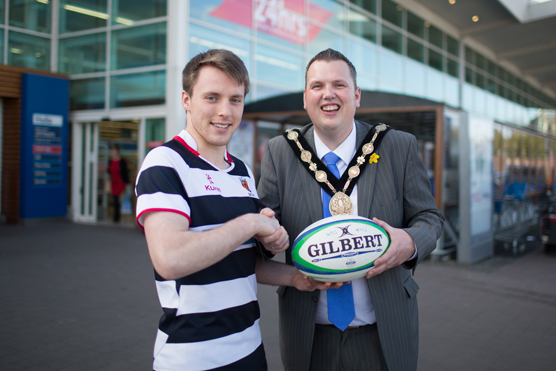 Wallace have remained unbeaten this season and the final is sure to be a great occasion for all at the Lisburn school and in the local community. As ever, the media buildup has been intense with the game being covered live on the BBC. Pundits are predicting a tight game as the pre Christmas 17 – 17 draw between the two sides shows that there is very little between the teams. 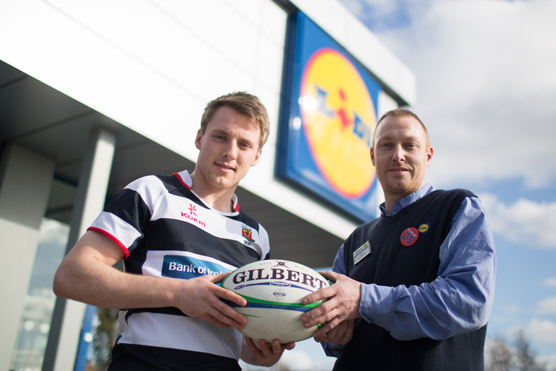 He continued, ” Our belief and trust in each other has stood by us and won us matches, but our overall accuracy needs to improve and we need to be more clinical than in recent games. Inst will be fresh as they have had a few more days rest but we are battle hardened as we came out of a really tough, physical semi – final encounter on the right side.”

The team enjoyed a two day training camp in Dublin in the week before the game and are ready to go. Sam concluded: “Everyone in the team wants to perform well and our drive to succeed in the final is at an all time high. Our goal at the start of the season was to win the Schools’ Cup and we are now just one step away from reaching this goal.” 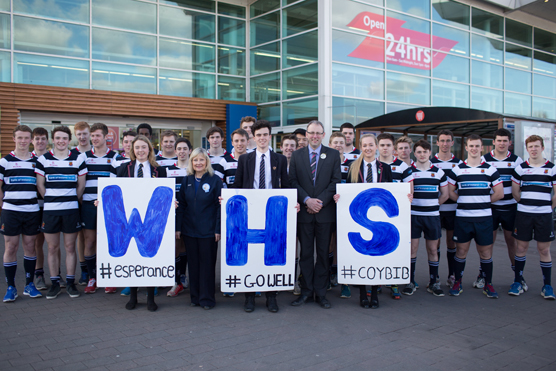 All at Wallace wish the “Blue and White Army” all the best for the final. Bring home that cup for the first time lads.