“So long farewell” , from The Sound of Music, might have proved just too poignant for year 14 students Josh Brown and Zoe Jackson the leads of the school’s acclaimed production in September.

The Music Department presented its Spring Concert (6th May) to a warmly appreciative audience of family and friends. Whilst the concert showcased younger performers such as Year 8 star Grace Hamilton, the evening really belonged to the Year 14 leavers. The concert was in part an affectionate celebration of the outstanding contributions made to the musical life of the school by some of its most acclaimed performers. Zoe Jackson took centre stage to sing the witty Herbert piece Art is Calling for Me which may prove to be prophetic as its heroine sings about becoming “a screech-y peach-y can-ta-tri-ce”. Josh gave a virtuoso performance of Bach’s Toccata in d minor on the organ, fronted the male singers in Riu Riu and led the thunderous finale of Polyrhythms by the Samba band. The Samba band has a large number of junior pupils and, as Mr Falconer noted, were clear winners at all our sporting fixtures this year! Cathryn Kinghan was the final Year 14 soloist of the evening (Cunnia) ; Mr Falconer also named and thanked the other Year 14 leavers for their loyalty, dedication and excellence. 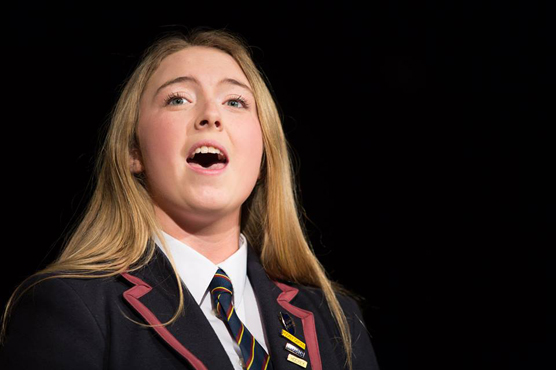 Other highlights of the evening were the opening piece Consolation in Db by Listz played exquisitely by Year 12 student Dominic Yu and three stirring pieces by the Orchestra. Miss Chelsea Pascoe will soon complete her first year as a full time member of staff and deserves tremendous praise for the assurance of her young musicians who were clearly enjoying every stirring note of the Star Wars theme. 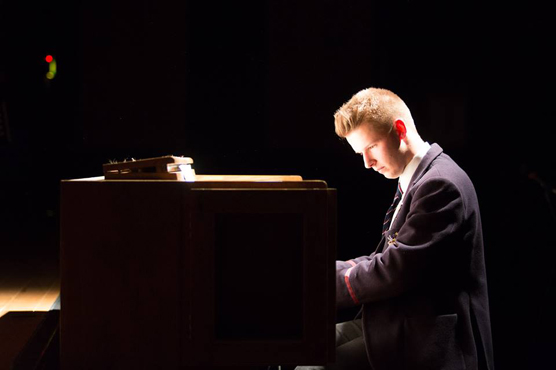 Cantabile, under the assured leadership of Mr Steven Alexander and Mrs Wendy Davison, delighted with two very contrasting pieces; the big band sound of Chattanooga Choo Choo and the reverential For the Beauty of the Earth by John Rutter. Capella performed three pieces including the crowd-pleasing And So it Goes by Billy Joel whilst the Year 12 students gave rousing renditions of The Lion Sleeps and Down to the River and Emily Cairns performed her GCSE composition Freedom. The Year 11 class performed with stylish assurance having recently delighted a tough audience of A level Music examiners! 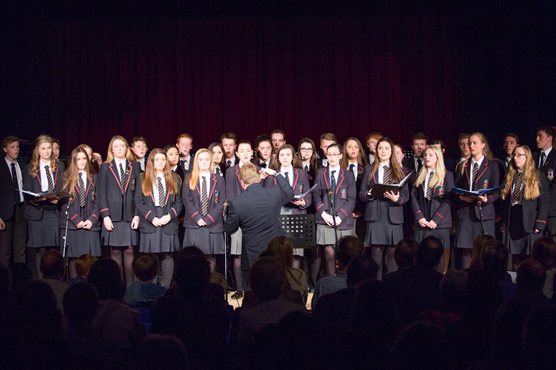 Drawing the evening to a close Mr Falconer thanked both his colleagues for their commitment and passion and Mrs Celia Gourley, a Trustee and Governor of the school, for her generous funding of the Music Department bursaries.