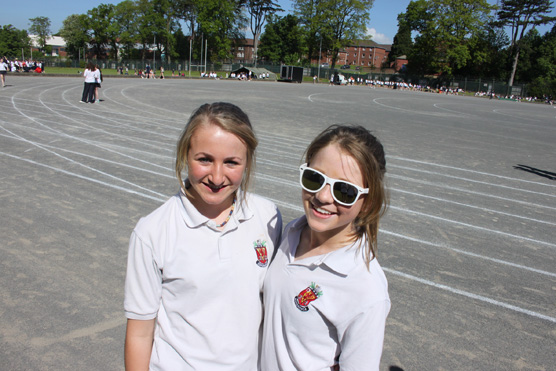 Sports Day was held last Wednesday with blue skies and scorching sunshine greeting the competitors and spectators for this ever popular event. As always, there were two competitions running side by side with the more serious athletes taking part in the Individual Athletics event, whilst the House competition provided opportunities for everyone to get involved in events ranging from welly wanging to tug of war and long jump to relay races. For the first time ever the Army were also present as they set up Batak which tests reactions and peripheral vision and which proved popular with both staff and pupils alike, the best pupil scores going towards house points. Staff also took part in a 3 x 100 metre relay which entertained the pupils but left some staff clutching hamstrings and gasping for air. 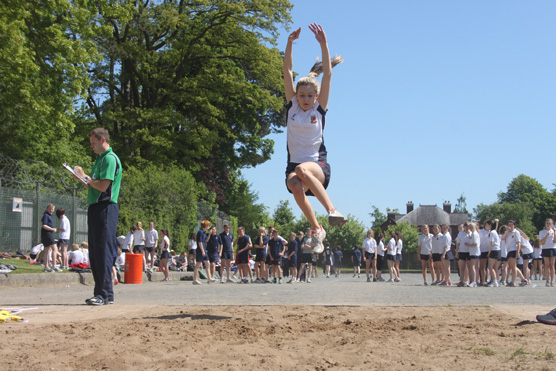 The individual event was as competitive as ever with close scores in all four Year groups. Kelsie McDowell and Oliver McLuckie were the Year 8 winners, whilst Alyssa Jebb and Ben Morrison triumphed in Year 9. Andrew O’Hare and Harriet Matchett won the Year 10 event, whilst Chloe McCoosh and Michael Downey were the Year 11 winners. After lunch, all Year groups had a chance to enjoy themselves further as House and Year staff set up a number of fun activities around the school and, with the weather getting even better, the PTA ran out of ice cream. All in all, Sports Day was a terrific occasion and really promoted all that is good about sport at the Lisburn school.

On Thursday night, the school held the inaugural Sports Awards Dinner, an event which is usually held on the last day of term but which was moved to an evening event after the success of the Irish Schools’ Hockey Dinner in October. Distinguished past pupils Raymond and Lawrence Hunter and their wives were invited as guests for the evening and all at Wallace were delighted to welcome them back. Raymond is a former international cricketer and rugby player who also played for the British Lions, whilst younger brother Lawrence was a well known local cricketer who won two caps for the Irish rugby team on the wing. 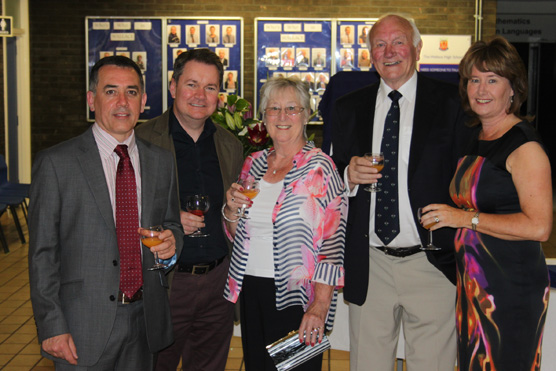 Staff who have been involved with coaching sport at Wallace this year were invited for a Drinks Reception, whilst pupils mingled in the Assembly Hall which had been superbly set up for the meal. After the food was served each sport presented a report which reflected on the year past, before a multi media presentation which was enjoyed by the large crowd. Certificates and cups were then presented to individual pupils for colours, representative honours and certificates of achievement for junior school pupils, whilst the traditional cups in each sport were awarded. It was not only the traditional school sports which were represented as our successful fencers, Anna Boe in trampolining and Gary Dillon in motocross were also recognised for their outstanding achievements throughout the year. 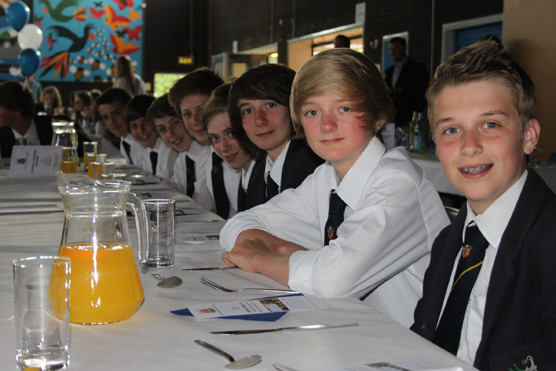 Year 14 pupil James McCallan won the big prize on the night as he was presented with the WR Hunter Cup for Sporting Excellence. James has represented the school in a number of sports including rugby, cricket, badminton and tennis. He played for the Ulster Schools’ rugby team this year and was also a recent triallist for the Ulster Schools’ cricket team having captained the school 1st X1 to the semi final of the Schools’ Cup where they play Limavady Grammar School this coming Friday. He also represented junior underage Ulster badminton teams. 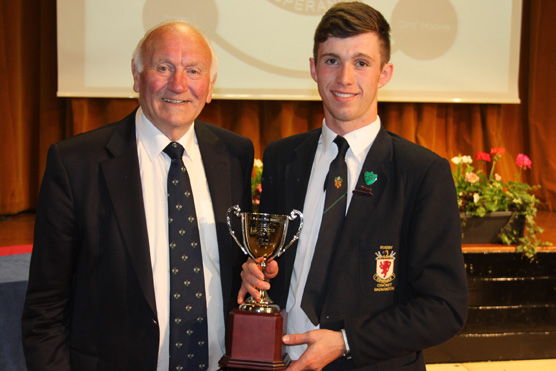 Mr Jonny Reid, who organised the Sports Awards Dinner was delighted with the success of the evening: “This is the first time that we have had our Sports Awards Dinner in the evening and it’s fair to say that it was a great success. We were delighted to welcome Raymond, Lawrence and their wives and greatly appreciate their continued support of their former school. We are proud of all our sports teams and players in what has been a successful year for both teams and individuals and it was a great to see their achievements recognised in awards and in the multi media presentations. It is also a good way to thank our staff and coaches for the time they dedicate to our pupils.”