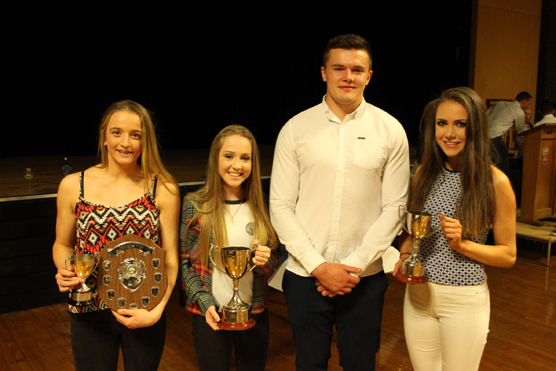 The Wallace High School hosted their annual Sports Awards ceremony last Thursday night in the Assembly Hall and were delighted to welcome back Jacob Stockdale, former pupil and current Ulster Rugby player, as guest. This evening has now become an integral part of the school calendar as pupils, staff and coaches gather to celebrate the many sporting successes in team and individual sports throughout the year, with a record attendance of over one hundred and fifty current sports playing Wallace pupils. 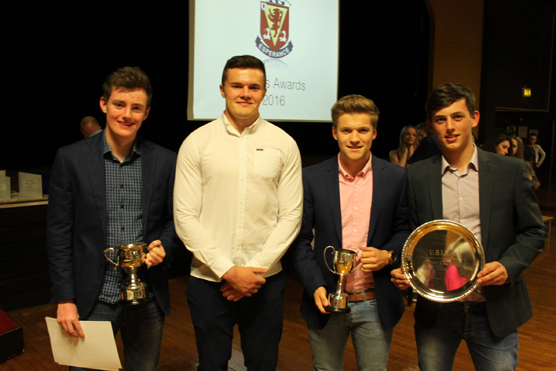 This year saw several fun events take place throughout the evening which was superbly compered by teachers Jonny Reid and Sara Stevenson. Pupils from different year groups competed in races with Year 9 pupil Anna Duncan eventually coming out on top, whilst a sports themed table quiz ran alongside the dinner, again Year 9 pupils to the fore with their superior sporting knowledge. A keynote presentation of pictures from throughout the year ran on a loop throughout, whilst sports captains Masha Morwood (girls’ hockey 1st XI), Jonny Stewart (rugby 1st XV) and Matthew Nelson (boys’ hockey 1st XI) were interviewed by Mr David Simpson and provided some light entertainment with their observations on team mates. Masha (Ulster Shield winners), Jonny (Subsidiary Shield winners) and Matthew (Burney Plate winners) also presented the trophies on behalf of their team mates to Mrs O’Hare for display in the school trophy cabinet. 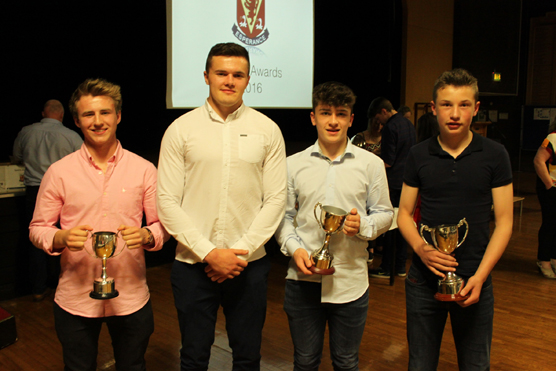 The Sports Awards always conclude with the presentation of colour awards, certificates of achievement and recognition of representative players in a wide range of sports, whilst trophies are presented to individuals in categories such as “Most Improved”, “Top Goalscorer” and “Overall Contribution”. Jacob also presented the prestigious Raymond Hunter Cup to Head Boy and rugby 1st XV captain Jonny Stewart who captained the Ulster Schools’ side throughout the interprovincial series and represented Irish Schools’ during the past two seasons. He was also instrumental in the 1st XV securing the Subsidiary Shield at the Kingspan Stadium having defeated Down High School in the final. 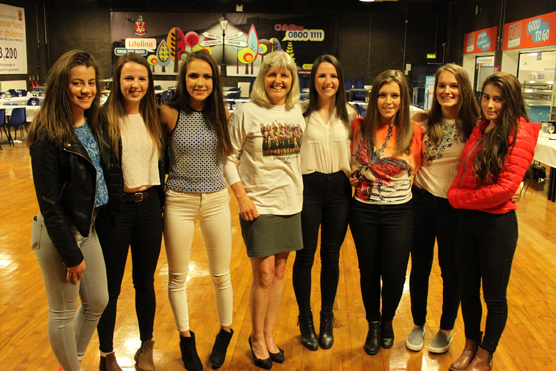 Jacob, despite only leaving Wallace in June 2014, has enjoyed an excellent debut season with Ulster Rugby and has impressed many shrewd judges with his ability at such a young age in professional rugby. He was delighted to be back at his old school and commented: ” It’s hard to believe that it’s less than two years since I left Wallace as so much has happened in those two years. I have loved every minute of this season and especially making my debut in front of a packed Kingspan Stadium. It was a real honour to accept Mr Hinds invitation to be a guest at the annual Sports Dinner having attended several as a pupil myself and I have enjoyed catching up with old teachers, team mates and the successes of current Wallace teams and individuals.”

Mrs O’Hare, in her address to pupils, emphasised the great pride that staff felt in the successes of the past season. In her concluding remarks, she thanked Jacob and led a warm round of applause through which those sportsmen and women gathered, thanked their coaches without whose energy, expertise and drive the successes of the school would not be so rich.