Two Lower Sixth students from The Wallace High School joined high achievers from across Northern Ireland gathered at the Island Centre in Lisburn on Tuesday for the CCEA “Rewarding Excellence” awards.

The achievements of Jake Clements and Natasha Gillies were recognised by the Chief Executive of CCEA, Gavin Boyd, at the ceremony. The Wallace High School was one of only ten schools across the province to have more than one award winner at the prestigious event – Jake was named as the top student in GCSE Double Award Science whilst Natasha was placed first in GCSE Journalism. All at the Clonevin Park school are delighted with their achievements. 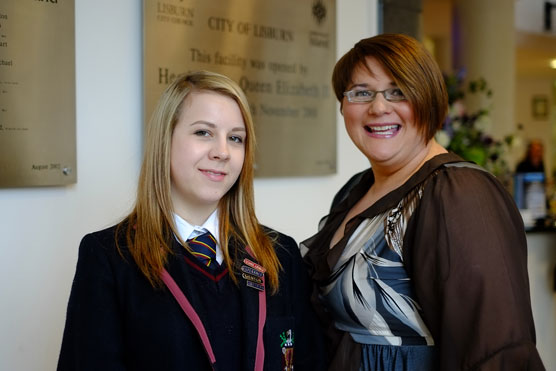 Head of English and Journalism at The Wallace High School, Gillian McGarry, commented, “I am thrilled that Natasha was placed first in the province – she is a dedicated and creative student and her work was a pleasure to read. GCSE Journalism is an innovative and dynamic course – I am proud to say that this is the second year in a row in which a Wallace student was placed first in Journalism. Natasha was also the recipient of The Ulster Star Cup at our recent Prize Day – the support offered by the local media for our course has been excellent.” 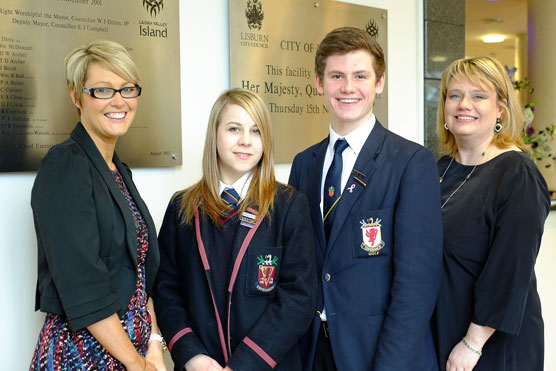 The Wallace students were joined at the ceremony by pastoral staff Julie Dumigan and Julia McIvor.

Head of Year Julie Dumigan was justifiably proud of their successes, “Natasha excelled across the board at GCSE level, gaining an impressive 9 A Star grades. She plays an active role in the life of the school, acting as a peer mentor for junior pupils, being a member of the School Council and writing for the school magazine, Esperance.” An Air Cadet and Figure Skater outside school, Natasha is a busy young woman.

Jake, who also achieved 9 A Star grades at GCSE level, is hoping to use his top grade in GCSE Double Award Science by following in the footsteps of his father and three older brothers by studying medicine next year. Jake balances his academic work with an active extra curricular life, representing the school’s golf team and singing in the renowned choir, Adoro. He has also achieved a Diploma in Musical Theatre. 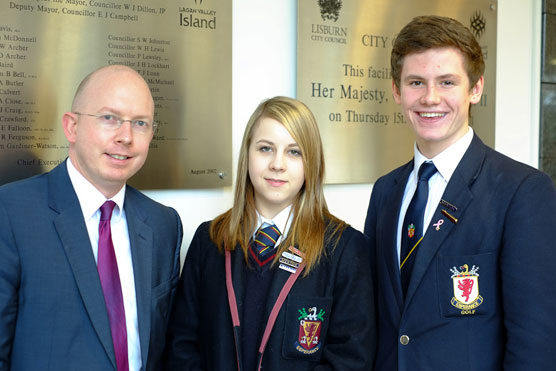 Julia McIvor, their current Head of Year added, “Jake and Natasha are wonderful ambassadors for their school and city and excellent role models for younger students in The Wallace High School.”

Vice Principal David Cleland concluded, “It was a privilege to represent Lisburn at such a prestigious province-wide awards ceremony. The event was truly memorable, with family members and teachers sharing in our students’ successes.”