Wallace High School pupils attended a premiere at the Movie House, Belfast last week but the GCSE Journalism and Moving Image Arts students were not there to swoon over Daniel Craig in the latest James Bond blockbuster. In contrast to such glamour and  escapism the students had been invited to view a short and shockingly realistic film produced for The Department of Environment on the theme of road safety. The new film forms part of a long running campaign which has been applauded for its effectiveness in reducing fatalities on
Northern Ireland’s roads.

Such advertisements are films in miniature and the students gained an invaluable insight into the creative process. Specially designed student packs illustrated how comprehensive academic research and psychological insights are fed into the film making process to maximise the impact of the narrative. The production featured several “near miss” scenarios before reaching a horrifying climax. The Moving Image Arts students were especially struck by the highly effective use of real time in the advertisement; previous campaigns have
featured slow motion. 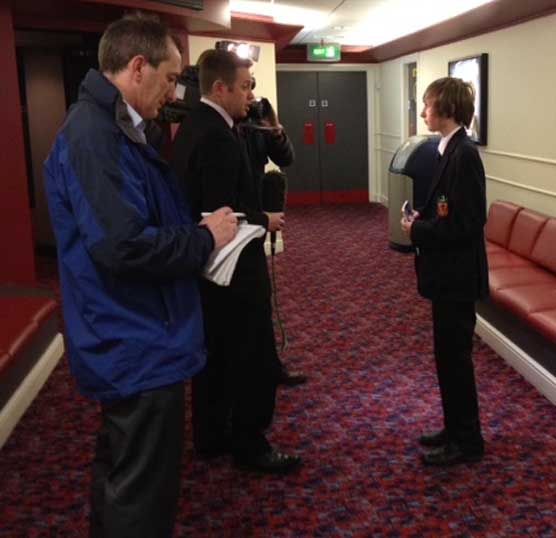 The launch was attended by the Minister Alex Atwood and by Superintendent Muir Clarke of the PSNI who placed the new campaign within a larger context of incoming legislation and the hard won success of various agencies in reducing road deaths in Northern Ireland. After the screening Wallace pupils experienced their own “red carpet” moments as they contributed to interviews filmed by UTV and BBC NI and Cool FM. A visibly shaken Nicola Stewart described herself as “dumbstruck” and said ” It was so graphic it shocked me a lot,”
adding “I am sure the public will react well to it.” Holly McGrory who contributed to a Cool FM  broadcast described the film as “hard hitting.”

Head of English and Journalism at Wallace High School Gillian McGarry noted “We are really indebted to Mrs Julie Anne Bailie, Creative Director of LyleBailie International for her invitation to this event. It has been a genuinely educational experience for the students. They have seen how a major event is choreographed in terms of PR and the credibility which advertising as a medium can achieve when linked to such an important area as road safety. The insights gained into the creative processes of writing and filming have been tremendous.”

Mrs Bailie is a former pupil of Wallace and has been the recipient of many awards within the advertising industry for her films for the Department of the Environment. Statistical evidence suggests that 15,000 lives have been saved since the launch of the strategy convincing proof that these graphic films really change behaviour. 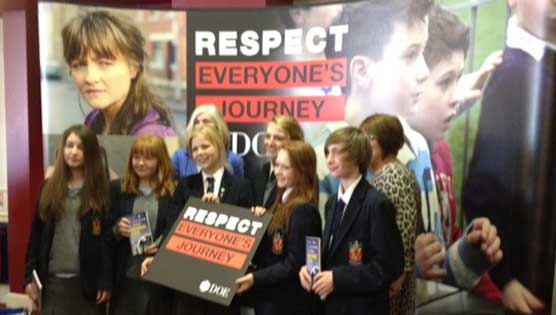