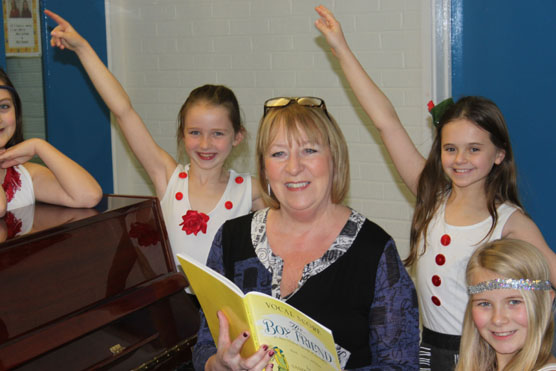 As the the curtains closed on the Preparatory production of “The Boyfriend” so did a chapter in the life of the Wallace High School.

After 35 years of faithful service of teaching in the Preparatory Department, Mrs June Wilson retired at the beginning of January. She promised the children one more show, being true to her word she gave up many afternoons to prepare the pupils for the annual Preparatory Spring Musical.

Throughout her teaching career, Mrs Wilson cultivated children’s confidence through her own personal love of music and drama. This was marked last year by her successful nomination for “The Northern Ireland Teacher of The Year Award”.

In tribute to many years of musical direction, the hall was jammed packed full of friends, parents, former members of staff, the members of the Board of governors and the pupils of The Wallace High School.

Mrs Wilson thanked the pupils and staff for their kind words and gift and in typical, witty fashion remarked how she now looks forward to Sunday nights and Monday mornings. 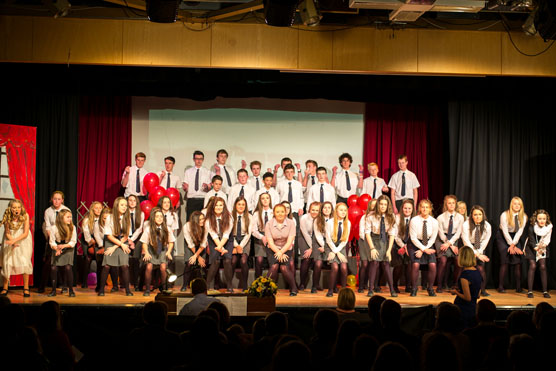 As a special surprise, over fifty ex Preparatory Year 8 – Year 14 students from The Wallace High School, under the direction of Mrs Latham came on to perform a song from “The Boyfriend”. Mrs Wilson was very touched as we watched many former Preparatory stars on stage.

The evening ended with a drinks reception and many people stayed to reminisce previous productions with Mrs Wilson. All at the Lisburn school wish June a well deserved and happy retirement.