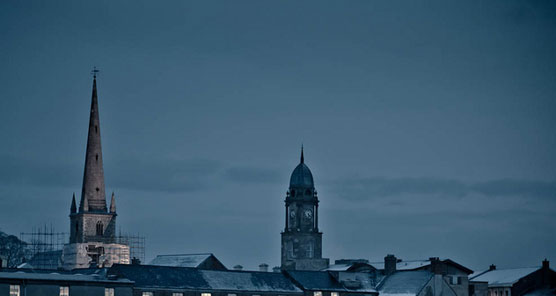 This year’s concert is an evening of surprises. The performers come from right across the school, Cantabile will be fresh from their competition in Bangor on April 6th and their conductor, Mrs Davison is greatly looking forward to showing their parents how well they’ve come on. Mr Alexander is also very keen for them to perform on home ground and has been accompanying them with great vigour, all year.

The Senior Choir, under the direction of Mr McGeown, will perform the Gloria , the first movement of Vivaldi’s great work, followed by ‘O Happy Day’ Capella, in anticipation of their concert as part of the Amsterdam Sacred Music Festival will perform ‘Quatre Motets’ by Durufle.

Virtuosic soloists Kathryn Wardil, Gareth Houston and Richard Allen will be to the forefront, as well as newcomers Rachel McGrath and the formidable Peter Martin.

Come along to Lisburn Cathedral on April 7th for 7.30pm for a fantastic evening. Support your friends, children, grand children, nieces, nephews and others Parking is easiest in the Linenhall street car park or on Castle street. Refreshments will be served.

The Wallace High School looks forward greatly to welcoming Anuna to its music department. Capella are big fans of the music, the demands it makes on the performers and the possibilities it lends to movement in performance. 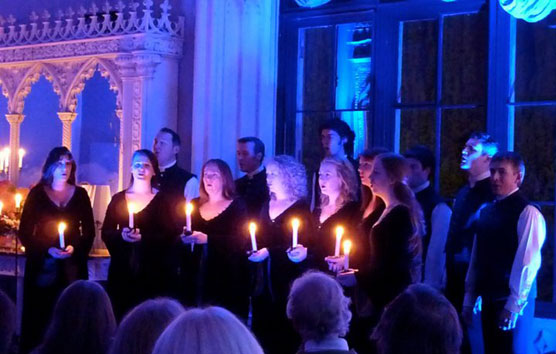 Having been to the last concert in Clonard Monastery, Capella returned more inspired than ever, especially as one of their colleagues, Vicky Warwick, was performing with them. Vicky, currently in second year music at QUB, will be one of 6 members of Anuna who will take Capella through its paces on April 13th.

Michael McGlynn, Founder and director of Anuna, will bring an added dimension to his compositions, and he will be joined by other voices from within the acclaimed choir.

For Capella, this is an opportunity to really appreciate professional performing, to learn these skills and to be put through their paces by another director. For some hopefuls, it’s also seen as a potential audition and a way into Anuna after they leave school.

Capella hopes to use some of the techniques learnt when they perform on Friday 15th in Victoria Square, Belfast as part of the huge Special Olympics event.