The Wallace High School was celebrating last week as they shared joint first in the Belfast Telegraph School League Table based on the GCSE results of  summer 2012. This was  the first time Wallace has topped the GCSE table but it completes an illustrious double for the Lisburn school which has also topped the A level league table in the past.

Last summer over sixty students at the Lisburn school achieved eight or more straight A* or A grades, with 99% of the grades awarded being A*, A or B which represented its highest ever overall achievement. Wallace was also one of the few schools identified in the  Belfast Telegraph League Table where all pupils secured at least a grade C in English and Mathematics, as well as three other GCSEs. 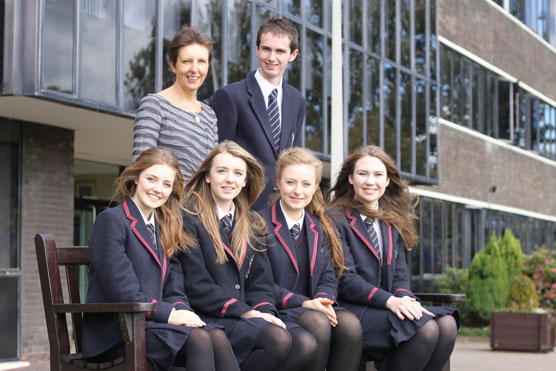 In addition to this tremendous level of collective achievements, several pupils were placed highly in individual subjects in Northern Ireland.  Christopher Lennon excelled with two top three places (joint 1st in French and joint 3rd in Additional Mathematics) and was joined by the quartet of Ashley Blaine (2nd in English Literature), Chloe Carson (joint 2nd in German), Kim McCord (joint 3rd in French) and Natasha Michaelides (3rd in Journalism).

In the League Table Wallace shared first place with Aquinas Diocesan Grammar (Belfast), Lumen Christi College (Londonderry) and Dalriada School (Ballymoney), with Principal Mrs Deborah O’Hare keen to congratulate them as well: “I should like to congratulate the other three schools on this tremendous achievement, whilst of course being very proud of our own success. The GCSE results at Wallace have improved steadily over the last three years and we now expect a higher standard of A – Level results from 2013 based on these improvements. Our students, staff and parents should be justifiably proud of this ongoing improvement.” 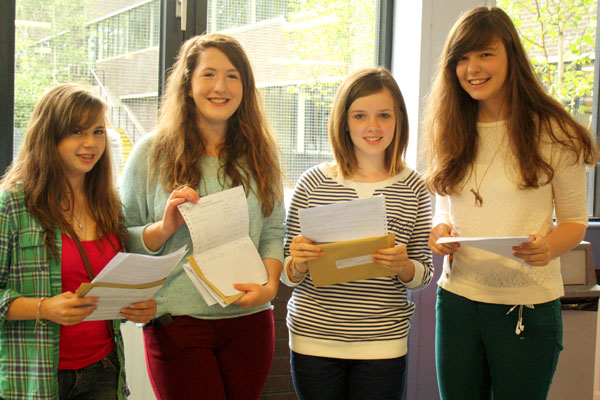 Whilst Wallace is strongly focused upon academic success the co-educational school prides itself on providing a rich and varied experience for its students. Within the last twelve months the school has contested a range of sporting finals including the recent Medallion Shield final, whilst the under 14 boys’ hockey team were crowned Ferris Cup champions before Easter and the Year 8 girls’ hockey team won the Grosvenor tournament. Many individuals have also achieved success on the sports field and in other spheres of extra curricular life, whilst Quirktees proved its entrepreneurial credentials by winning the Northern Ireland final of Young Enterprise at Belfast’s iconic Titanic Centre.

Mrs O’Hare commented: ” As a school we really value the range of interests and abilities our pupils possess and it is a real joy as Principal to witness the excitement of our whole school community as we participate in top level events.”