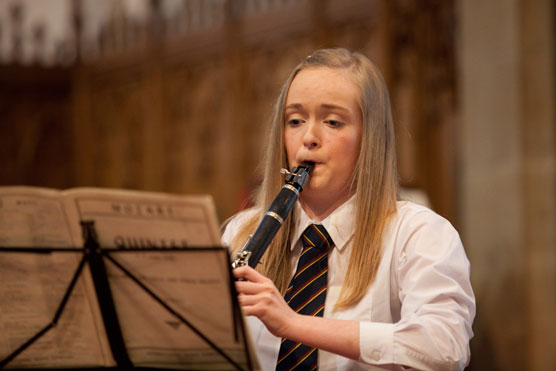 Thursday evening, April 7th saw the Wallace High School’s annual spring concert. The venue was Lisburn Cathedral and the programme was diverse and virtuosic. A mix of choirs from Cantabile, the youngest choir ably conducted by Mrs Davison and accompanied by Mr Alexander, to the Honours choir of senior sixth year students. Choral music included ‘Choo Choo Charlie’, ‘Gloria’ (Vivaldi) Hin Barra, Childhood lyrics (Rutter) and Durufle motets as well as many others.

The solo instrumentalists were formidable, again with junior students Rachel McGrath (Hindemith Clarinet Sonata) and Peter Martin (Nocturne no 2 in Eb) performing for the first time in a senior school concert. 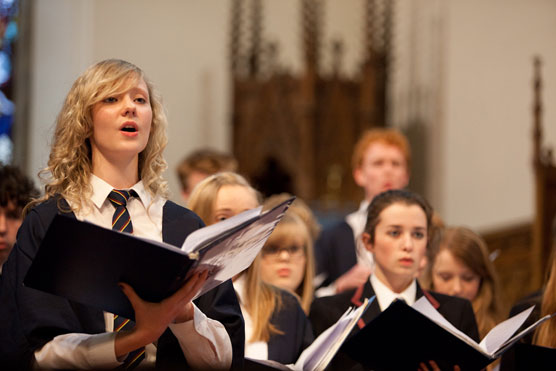 The Senior performers were outstanding in their performances, Gareth Houston performing as part of his own Flute octet and lower 6th student, Kathryn Wardil mesmerising the audience with the Clarinet in a performance of Mozart’s Clarinet Quintet (K 581).

The GCSE students had the opportunity to perform some of their own compositions, which went down very well with the 250+ audience in the cathedral. Marc Gregg, Naomi Donnell, Jonny Willis and Patrick Gardiner provided very entertaining performances of their works. 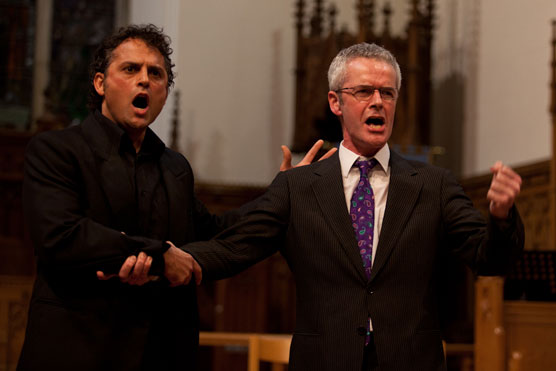 The concert also featured Jonny McGeown and Stephen Yamin-ali in Bizet’s Pearl Fishers. Jonny McGeown, a regular performer and professional musician, was joined by Mr Yamin-ali, a regular Physicist and sportsman. The audience were left in no doubt about the story of the two friends who almost fall out over a beautiful woman. Both staff members deserve great acclaim for a fabulous performance. 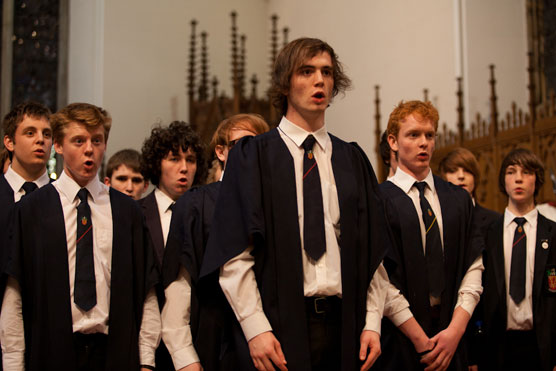 For some students, it was their last spring concert, and we will miss the Year 14s dearly. However, they are taking part in an Anuna workshop on April 13th, singing in Victoria square on April 15th, singing for President McAleese in May, performing their final concert on June 18th in St Patrick’s Church, before heading to Amsterdam to sing two concerts, one as part of the Amsterdam Sacred music festival in the Nieuw Kerk on Dam Square.

Mr Falconer and Mr McGeown thank everybody who supported us and we look forward to seeing you at some of the events in the future.

A number of additional photographs are available on our Facebook Page.