Wallace High School pupil Nathan Stevenson (Year 14) and Gareth Greenfield, a former WHS Moving Image Arts student, were selected as ambassadors for the 6th Cinemagic festival Programme in LA. Cinemagic are an Arts funded organisation who specialise in providing opportunities for children and young people to develop skills in filmmaking. Included among the many high profile patrons are actors Liam Neeson and Pierce Brosnan.

Nathan and Gareth applied for the BFI Film academy in September 2013 and were selected to take part in a series of workshops and filmmaking projects over several months. They were introduced to a number of Industry professionals during the programme including producers Iain Smith (The Fifth Element), Mark Huffam (Saving Private Ryan) and Bafta Award winner Michael Lennox (Boogaloo and Graham) to name but a few. They were offered advice and guidance about the filmmaking process and provided with opportunities to collaborate with young people from different schools. At the end of the programme they presented their completed films in a showcase in March 2014 at BBC Broadcasting House. Cinemagic, clearly impressed by the work of the students, approached both Nathan and Gareth and persuaded them to apply to become ambassadors in LA. They both applied and succeeded in achieving their places on the programme. 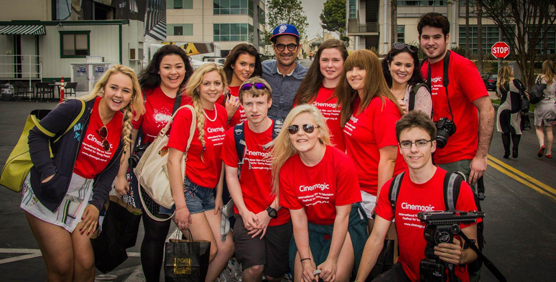 Nathan and Gareth have both achieved success whilst studying Moving Image Arts at Wallace High. Nathan’s Year 12 Animation, ‘Action Reversal’, achieved second place in the 2013 Moving Image Arts Showcase, whilst Gareth’s A2 Film, ‘A Sweet Escape’, was nominated for best Film in both the Cinemagic 2014 short film competition and the MAC Self-Made Film Competition. During the Summer, Nathan secured work experience on several film projects in Belfast. He shadowed the special effects team for the film, ‘Dracula Untold’ and he also worked on Ben Wheatley’s Film, ‘High-Rise’.

As part of the Cinemagic LA Festival, Nathan and Gareth had the opportunity to visit The Jim Henson Company, HBO and meet with HBO executives. They were particularly interested in the production of ‘Game of Thrones,’ a highly successful television series produced by HBO and filmed on location in Northern Ireland. Nathan and Gareth visited many film studios including The Academy of Motion Picture Arts and Sciences, Aero Film, New York Film Academy, Remote Control Studios, BAFTA Los Angeles and E!News . They received a guided tour of the American Idol studio and participated in a live recording of the show. They attended a Q&A session with actress Paula Malcomson (Hunger Games, Deadwood, Ray Donovan) and TV Presenter Ross King (ITV Good Morning Britain, Lorraine) hosted several of the events including Q&A sessions, studio tours and workshops. 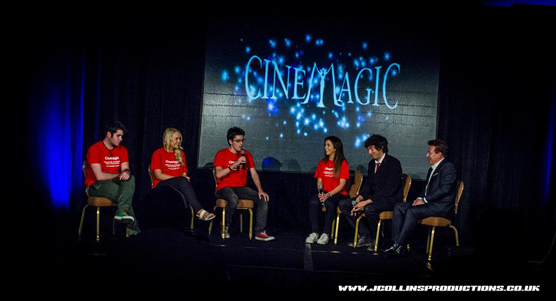 Nathan has been involved in three Cinemagic projects whilst studing Moving Image Arts at Wallace including Entwined Histories 2012, the BFI Film Academy and Cinemagic Festival in LA. Nathan recalled: “For me, the highlight of the LA Cinemgaic Festival was the Gala event. We had the opportunity to meet with many directors, filmmakers and people from the entertainment Industry. I was able to interview Gary Lightbody from Snow Patrol in front of a live studio audience. This was an unbelievable experience. I urge anyone with an interest in a career in film to get involved with Cinemagic and participate in any of their filmmaking workshops or master classes. Cinemagic has provided me with many opportunities and I have learned so much about the film industry.”

Nathan Stevenson and Gareth Greenfield have gained considerably from their LA Cinemagic Festival involvement and are both keen to pursue careers in film and media.