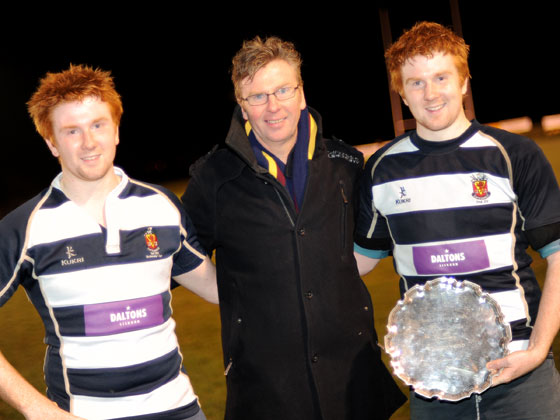 The Wallace High School finished the rugby season with a trophy as they defeated Banbridge Academy by 18-7 in the Northern Bank Ulster Schools’ 2ndXV Plate Final last Wednesday evening at Ballynahinch Rugby Club.

Wallace went into the lead from the outset as Chris Godfrey kicked a penalty. Wallace enjoyed significant territory and possession in the first half but it was Banbridge who got the next score with a converted try following a series of pick and drives. 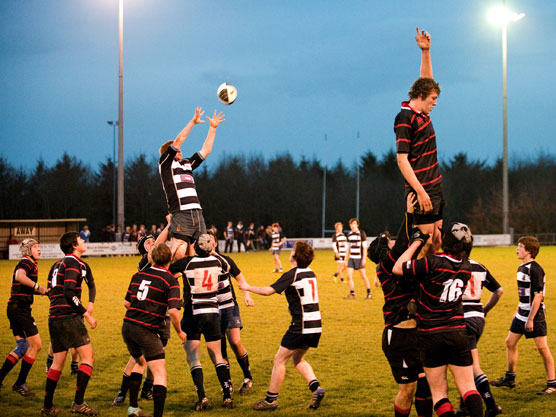 Wallace replied with excellent work in the maul as the pack exerted their authority and Mark Hylands broke away to get the vital touchdown. Andrew Neely got a further try just before half time showing his pace and agility to go over in the corner following excellent work from Mark Hylands and Chris Nimmon.

Banbridge dominated the early exchanges after half time and would have scored but for a well organised and determined defensive effort with Richard Brownlee, Chris Hodgkinson, Chris Knowles, Dean Irvine and Nick Davis working hard around the fringes. Zack McCall carried superbly from number eight while Andrew Smyth, Adam Dickson and Daryl Corbett were threats in the backs.

Stephen Arneill got the last try as the Wallace maul again proved too powerful to leave the final score 18-7 to the delight of the large Wallace contingent.

This was an excellent way for The Wallace High School Upper Sixth 2ndXV players to finish their rugby careers at school and we all wish them well for the future. Also thanks should go to Ballynahinch RFC for hosting the final on a neutral venue and for providing an excellent post match supper.