The WHS had to fight hard to come away with a 11-3 victory away to a physical and abrasive Ballyclare HS in The Danske Bank Schools’ Cup Quarter Final.

Andrew Cardosi kicked a penalty to leave the score 11-3.

Wallace had a number of opportunities to add to their tally but it was Ballyclare who finished the half strongly. Some committed tackling from the Wallace back row held their line intact.

The second half was somewhat of a stalemate with defences on top. Wallace again had opportunities in the Ballyclare 22 but were held up over the line twice by some heroic tackling. 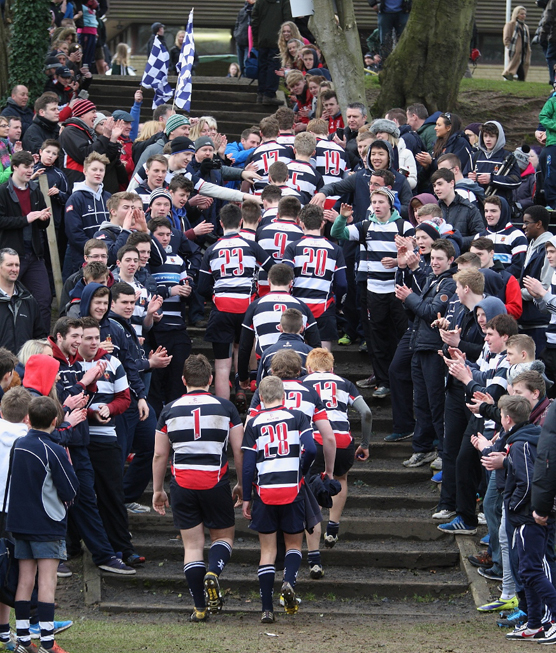 Campbell came into the game as the half wore on but the Wallace defence stood firm with Josh Cardosi, Jonathan Warke and Rhys Beckett making some excellent tackles. 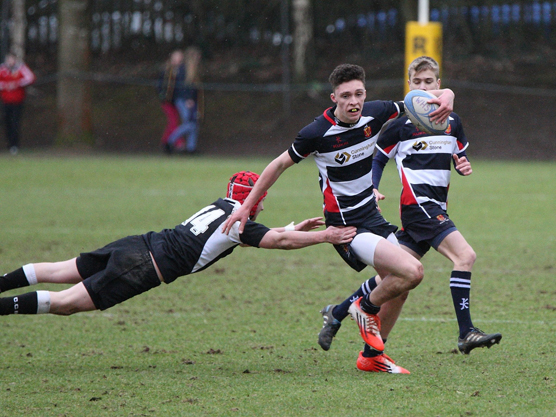 Following the restart Campbell attacked the Wallace line and were quickly awarded two penalties in succession to put them into a 6-3 lead. It was all Campbell at this stage and Wallace fought hard in defence to keep their line intact. Some excellent one on one tackling along with a sound defensive system repelled the attacking threat of Campbell.

Wallace then were able to secure some much needed possession and territory quickly followed. After a series of surges James Hayes crashed over the line to score an unconverted try and put Wallace 8-6 up with 10 minutes remaining.

Campbell responded quickly with a penalty and Wallace kicked the final penalty through Conor Rankin with two minutes remaining to win the game 11-9.

This was a superb team performance characterised by much commitment and determination.