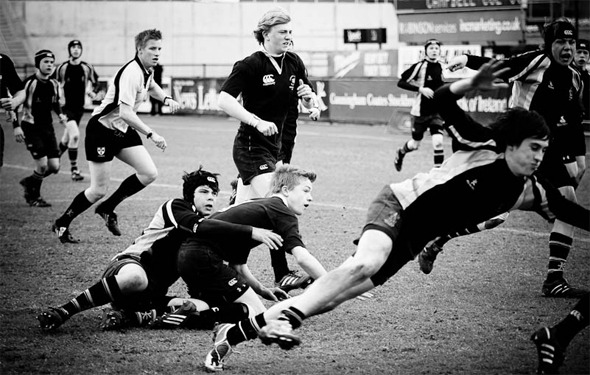 The Medallion Shield was shared by Wallace and Campbell yesterday in a closely fought final at Ravenhill. Both teams scored two tries each in the first half and the score stayed locked at 10-10 throughout the exciting second period.

Campbell won the toss and elected to play into the wind in the first half. Playing with the wind behind them, Wallace started well their pack dominating the Campbell eight upfront throughout the tie. This gave Wallace the possession and control of the ball for long periods throughout the game and led to both tries.

The first came from a well controlled and powerful driving maul from a line-out outside the “22”. This platform sucked in the Campbell defence creating the space for Captain Zack McCall to break down the blind side to score. 5-0 to Wallace.

Campbell responded straightaway and scored in the corner. The wind advantage allowed Wallace to kick deep into the Campbell half and from the restart another strong forward drive into the opposition “22” saw Chris Knowles score giving Wallace the lead again. 10-5 to Wallace. Campbell again responded immediately and off a well organised and fast sweeping backline move scored in the left corner. 10-10 at half-time.

The wind dictated that the second half was one for the Wallace forwards. The Wallace eight kept the ball “tight” and inch by inch drove their opponents back. The whole pack worked very hard and the back row of Cal McIlwaine, Rhys Lynch and Zack McCall in particular were impressive in defence making a huge number of tackles.

Throughout the half, Wallace starved Campbell of the possession they needed to move the ball to their backs. When they did get the opportunity to run it the Wallace midfield defence of James McCallan and Jordan Gratten was too good. 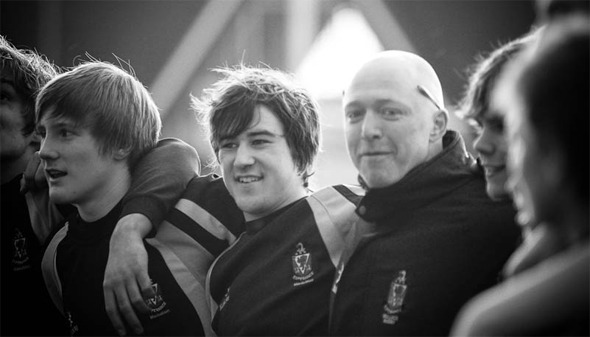 Campbell were unable to use the conditions to their advantage in the second half and were not given the chance to score by the fine defensive effort of the whole Wallace team. As the clock ticked down the game was drawn and the cup shared.

Coach Jonny Reid was understandably proud and delighted with his players’ performance: “These boys have worked so hard and deserve an enormous amount of credit for their attitude today and throughout the season. They thoroughly deserve to share the Shield with Campbell on the basis of their performance today. I would like to thank staff, pupils and parents for their support today as they gave our team such a lift. The background coaching staff of Derek Suffern, Brian Bloomfield and Matthew Glenn also deserve a massive mention for their time, commitment and knowledge which has made this success possible.”

Captain Zack McCall was also full of praise for the coaching team and particularly Head Coach Jonny Reid: “Mr Reid has been a tremendous influence on our style of play and has been so committed throughout the season. We all owe him and his coaching team so much and are delighted that they have shared this triumph with us.”