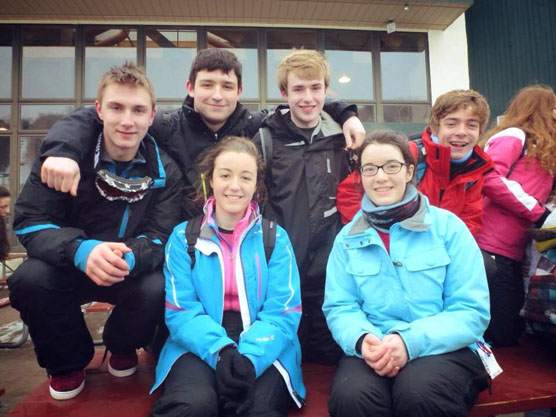 On Sunday 16th February, fifty seven enthusiastic and excited Wallace pupils accompanied by staff Mr Reid (Group Leader), Miss Coughlan, Mr Kidd, Mr Simpson, Miss Frey and Miss Forsythe embarked upon the annual ski trip to Waterville Valley, situated in the White Mountain Range in New Hampshire, USA. This is the seventh year in a row that pupils from the Lisburn school have made the trip to America and, as ever, it was a resounding success.

After a long first day of travelling the group finally made it to the Valley Inn Resort where they were welcomed and looked after superbly for the duration of their stay. 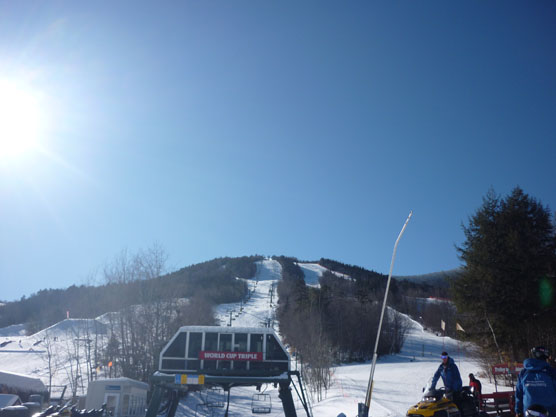 Throughout the week, the group spent a total of twenty hours on the slopes, split between the two resorts of Waterville Valley and Loon Mountain. The first two days were spent at Waterville Valley and under the tutelage of some great ski instructors everybody enjoyed two fabulous days of skiing and by the end of the second day even the beginner group had made it down part of a more challenging blue run.

The third day saw the group switching to the Loon Mountain Resort and everybody rose admirably to the challenge of new exciting trails in what for the most part were ideal skiing conditions. The advanced and intermediate groups explored all sides of the mountain and conquered many of the black runs while the beginner groups began to gradually master the blue slopes. On the final afternoon of skiing the five groups came together and rode the Gondola up to the top of the mountain, enjoying the spectacular views from North Peak before skiing the whole way down the mountain – a great end to five days of exhilarating skiing!

As well as spending time on the slopes, the group also took part in numerous après ski activities to amuse themselves each night including a brilliant night at the Manchester Monarchs ice hockey game, a great evening shopping at Tilton Outlet Centre, a trip to the local cinema and swimming pool and a most memorable “Red or Black” evening with pupils and staff taking part in numerous entertaining challenges against one another.

Finally, to top off a great week, the group spent a day in Boston shopping and raiding the Abercrombie & Fitch and American Eagle stores and having lunch in the world famous Quincy Market before heading to Boston airport for the journey home.

Group Leader, Mr Jonny Reid, was understandably delighted with the success of the trip and commented: “All in all, this was another superb trip with all pupils making real progress on the slopes throughout the week. Our group were commended for their attitude and behaviour by their instructors and also by members of the general public and were excellent ambassadors for Wallace.”