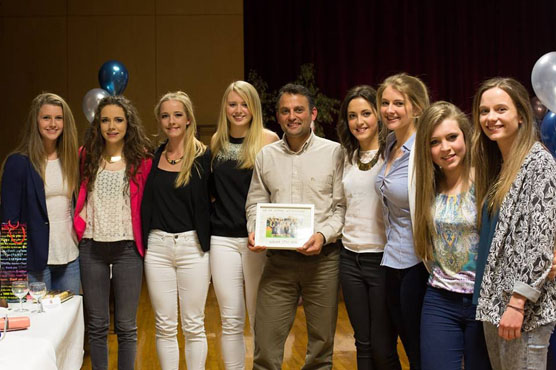 This is the second year that the dinner has been held at night and again proved to be a tremendous occasion with the presentation of cups and certificates to pupils in activities ranging from the traditional school sports to cross country and squash. Colour awards were also presented to pupils who have played for senior teams throughout the school season, whilst the many different pupils who have gained representative honours in their chosen sport were recognised. 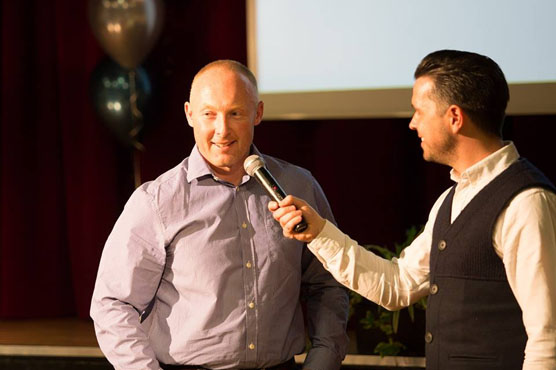 Local media personality Pete Snodden from Cool FM compered the evening and helped to create a fun atmosphere for all present. As well as interviewing many of the pupils present from the floor, he also interviewed the senior captains from boys’ and girls’ hockey, rugby and netball who all reflected on successful seasons. Past pupils Neil Doak (who represented Ulster at rugby, Ireland at cricket and is currently the Ulster rugby assistant coach) and Timmy Cockram (over 160 senior international hockey caps) also talked to Pete about their experiences at school and beyond as elite sportspeople and gave some excellent advice about how to achieve potential. Pete also hosted a game of “heads or tails” which added greatly to the relaxed feel of the night and helped to raise money for Pete’s Belfast marathon charities which were the “Friends of the Cancer Centre” based at the City hospital in Belfast and the “Cystic Fibrosis Trust”. 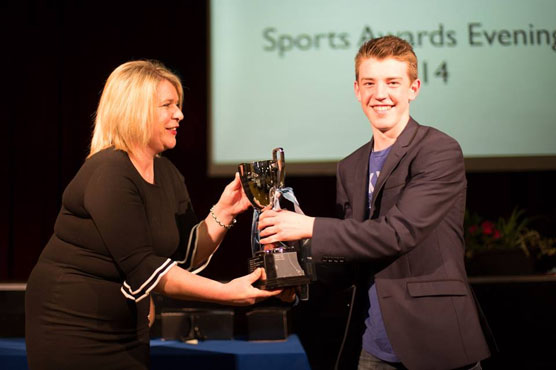 The evening concluded with a superb multi media presentation which featured pictures of the many successes throughout the year, as well as winning captains from a range of sports handing over cups and trophies to Principal, Mrs Deborah O’Hare. These included in boys’ hockey the McCullough and Burney Cups (1st XI), the Richardson Cup (under 15XI) and the Prior Shield (2nd XI). In rugby the Down High and Coleraine tournaments (under 12 XV), the BRA tournament (under 13 XV) and the 2nd XV Cup. Girls’ hockey also presented the Helen Martin trophy, whilst netball presented the Senior Plate.

Year 14 pupil Jacob Stockdale concluded a successful personal year by picking up the Raymond Hunter Cup for Sporting Excellence. This follows on from Jacob being named Danske Bank Ulster Schools’ Rugby Player of the Season recently at the Ulster Rugby Awards Dinner. Having represented Ulster and Irish Schools’ and having been named Danske Bank Schools’ Cup Player of the Year all at Wallace wish him all the best for what looks to be an exciting rugby career ahead. 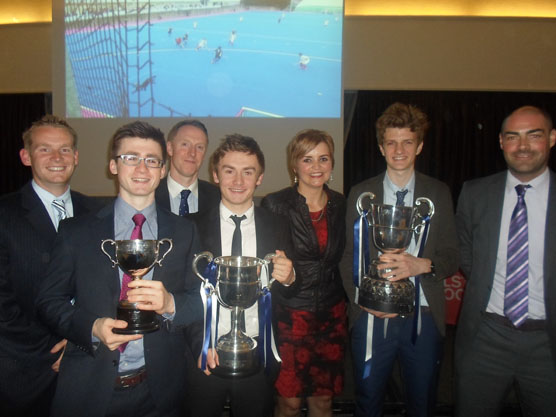 The boys’ hockey club also crowned their successful season last Friday night at the Ulster Hockey Awards Dinner in the Ramada Hotel in Belfast when they were presented with the George Blower Cup for Excellence, just reward for an outstanding season. Captain Ross Kelly accepted the award on the school’s behalf.