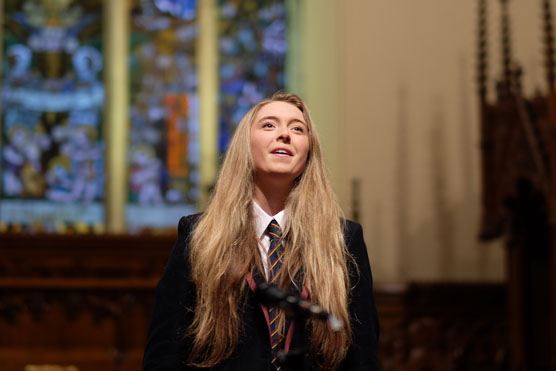 The Wallace High School recently held their spring concert in Lisburn Cathedral and as always it proved to be a huge success.

This year the programme included a huge variety and contrast, from the string quartet playing Gilbert and Sullivan, through Allegri’s “Miserere” and Weezer’s “Say it ain’t so”. Year 13 pupil Zoe Jackson, who recently won the 20th century song competition at the Portadown music festival, not only stunned the audience with resonating top C s in the Allegri, but also sang an emotionally exceptional “O mio babbino Caro” (Puccini). She also performed a solo recital last Sunday in St Patrick’s Church, Drumbeg. Year 11 pupil Dominic Yu also deserves praise for winning the solo piano competition in the Portadown music festival and was also nominated as the most promising pianist. Playing Rachmaninov, Dominic’s virtuoso skill impressed the judges greatly and he looks to have real talent.

The Honours will perform a solo recital on Sunday 25th May at 7:30 pm in Drumbeg parish church, whilst Capella will perform the mid summer concert on Saturday 21st June in St Patrick’s church, Chapel hill, Lisburn at 7:30 and then a lunchtime recital in St Patrick’s Cathedral, Dublin on 25th June. 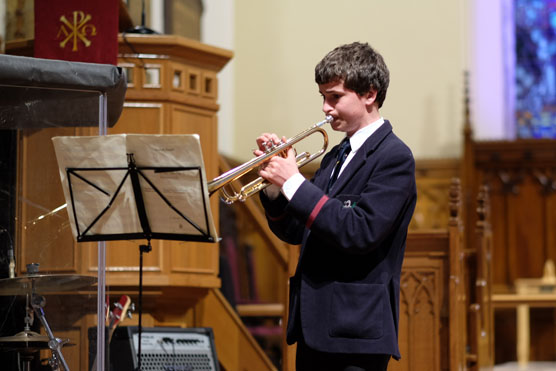 The junior concert will take place on 19th June at 7:30 pm in the Assembly Hall. Rehearsals are well underway and this promises to be a great evening, followed, as now a tradition, by a barbecue. All involved in music at The Wallace High School wish to invite members of the public to these events which showcase the musical talent of the pupils in the Lisburn school.